Why Instant Nescafé Rules in Chile.

Why Instant Nescafé Rules in Chile. 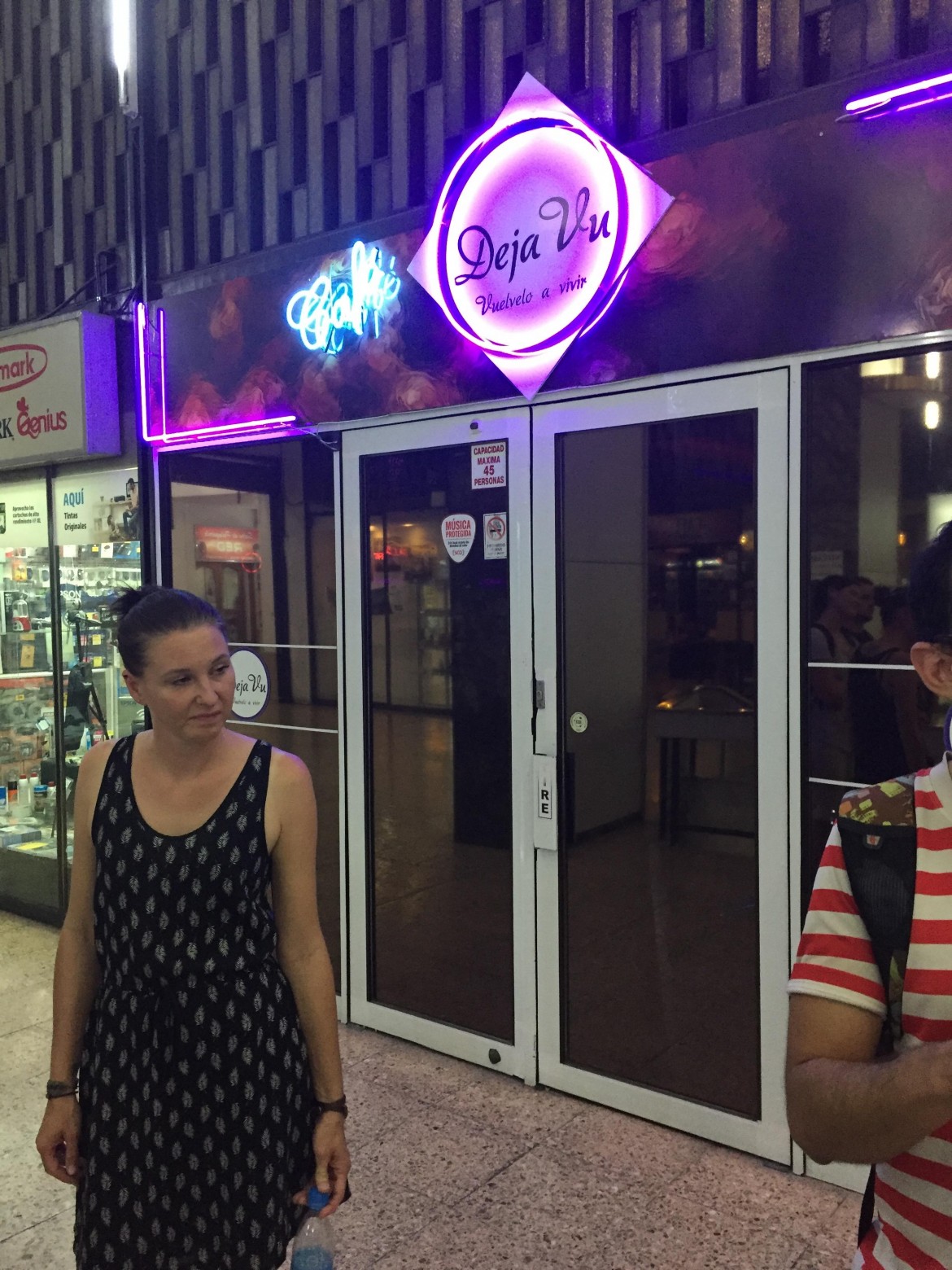 This is my third trip to Chile (although have not been to Santiago before) and this time, I had the presence of mind to bring along my own ground coffee, filters and filter paper holder. It remained a mystery to me until yesterday why when ordering coffee, even in the best hotels, means you will get instant Nescafé.  My AirBnB host even advertised that  he provided coffee in his accommodation: 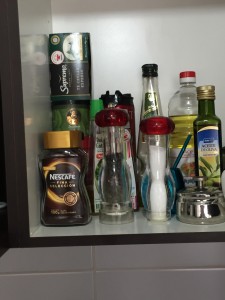 Yesterday my walking tour guide told us that coffee has always been a hard sell in Chile.  Tea is preferred.  When Starbucks came to Santiago in 2006 it was not an immediate hit.  But with its arrival, “coffee  bars” proliferated  to coax customers into the coffee culture.   The featured image shows a coffee bar in a shopping mall. The mirrored doors indicate one is entering a “Hooters” style  coffee bar.  Coffee  is served by scantily clad hostesses who may or may not be prostitutes.

Initially, I found Santiago a hardship. When I arrived on January 20th the temperature was nearly 100 degrees and the air was smoky from a week of 137 forest fires, 200 miles south of the city. 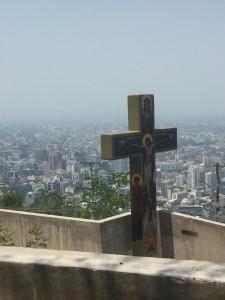 I took the funicular up to the top of  San Cristobel for the supposed fabulous view of the Andes but they were not visible. What was chrystal clear was the commanding statue of the Virgin of the Immaculate Conception who presides over the city. 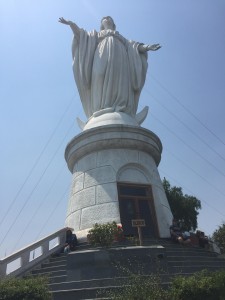 Everyday, I start out taking the metro to Plaza de Armas where the tourist office is located.  There is one fare for metro riders, 90 cents. I am on the red line; 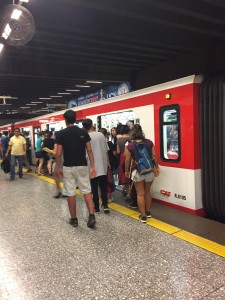 Although I can manage well enough with my Spanish, meaning getting around the city, ordering food, figuring out the metro, asking people on the street where I am if I find myself lost, most of the museums and art galleries are not English speaking friendly. A couple of attractions  have audio translations you can rent, like La Chascona, the hideaway Poet/diplomat/Nobel prize Pablo Neruda built for his mistress. Neruda had three homes, all different. The Neruda Foundation forbids photography, except for outside. The stair rails must have been added after Meruda’s mistress, later, wife, Matilda Urrutia, died and the building was turned into a tourist attraction. 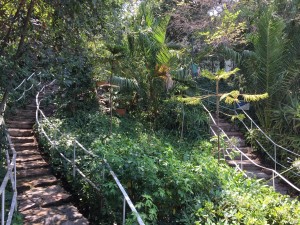 The property is a series of indoor and outdoor rooms connected by uneven, treacherous stone walkways. Signs everywhere scream HOLD HANDRAIL, for good reason. Made me wonder how many people fell and cracked their heads  over the years after one of Neruda’s parties. The photo below is a close up of the detail of the front of a fountain in one of the outdoor rooms: 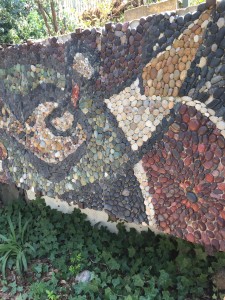 On Tuesday, I took a bus to the beach, Vina Del Mar, which is 60 miles away. Was happy to get out of Santiago’s smoky air for a day. Vina is charming.  The sky here was not smoky, rather overcast when the bus arrived. It was in the 60s and windy and a jacket was needed until mid afternoon when the clouds disappeared. 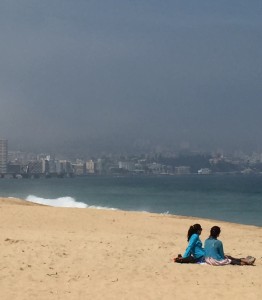 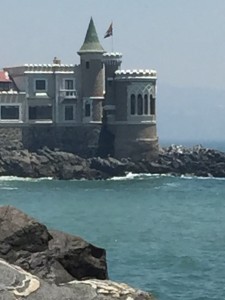 The flower clock below was given to Vina by the Swiss government: 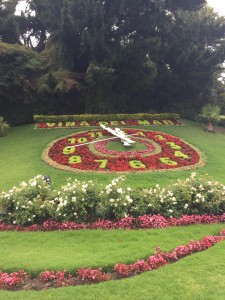 Arrived back in Santiago late Tuesday evening and when I awakened yesterday morning, the smoke had cleared away. The mornings are now crisp and lovely. In the afternoons, even though very hot, there is usually a breeze so sitting in in the Plaza de Armas in the shade and watching street performers is a pleasant pastime.