Sydney: City of Physical and M..

What Lies Beneath: Pongtiba, Redux

Everything You Wanted to Know ..

What Lies Beneath: Pongtiba, Redux 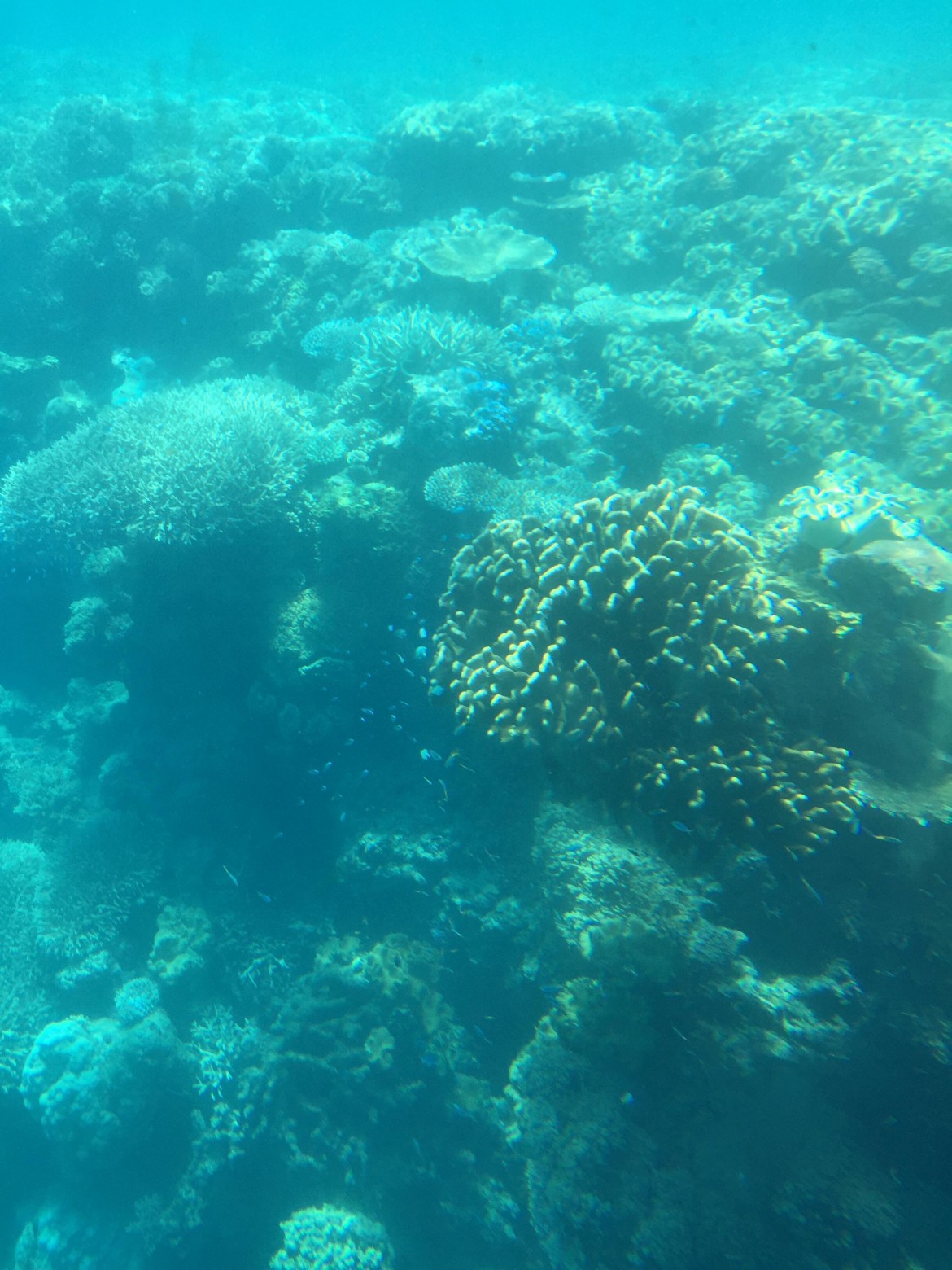 This image is my best photo of the coral at Great Barrier Reef.  Maybe you have to dive 20,000 leagues under the sea to get spectacular color.

Today’s post is an update on my story of Pongtiba, who murdered his first wife because she was starving the pregnant second wife.  There were so many interesting comments about the story that I feel compelled to share some of them to make the story even more recognizable to us living 40,000 years later.

Someone pointed out that it is the tale of the eternal triangle, in this case two women who have the same love interest.  Usually this situation does not end well.

Two of the “deadly sins” are central to the story: jealousy and greed. When these are in play,  the story does not end well either.

In Pongtiba’s culture, women and men live separately in the community. But they live in small wandering bands so how come none of the other women noticed that the second wife was not eating? Why did they not intervene?  Was the second wife hidden away in her hut and the rest of the female community collectively denied there was a problem?

Then  you have the  interesting possibility that the second wife set up the husband to murder his first wife. In the privacy of their bed, the  second wife could have started bad mouthing the first wife to the husband, egging him on.

What’s up with the second wife that she is so passive? Could she not have gone to the next hut and asked for food?  Did she have no friends?

The elements of many modern stories are contained in this brief tale. The Postman Always Rings Twice, an American Tragedy, come to mind.  Different takes on the eternal triangle!

Social isolation and/or society’s not wanting to confront an uncomfortable situation is the  sine qua non for poor mental health  like overeating, anorexia, and abuse  and may have contributed to the tragic ending of this story.