Sydney: City of Physical and Mental well being

Sydney: City of Physical and Mental well being 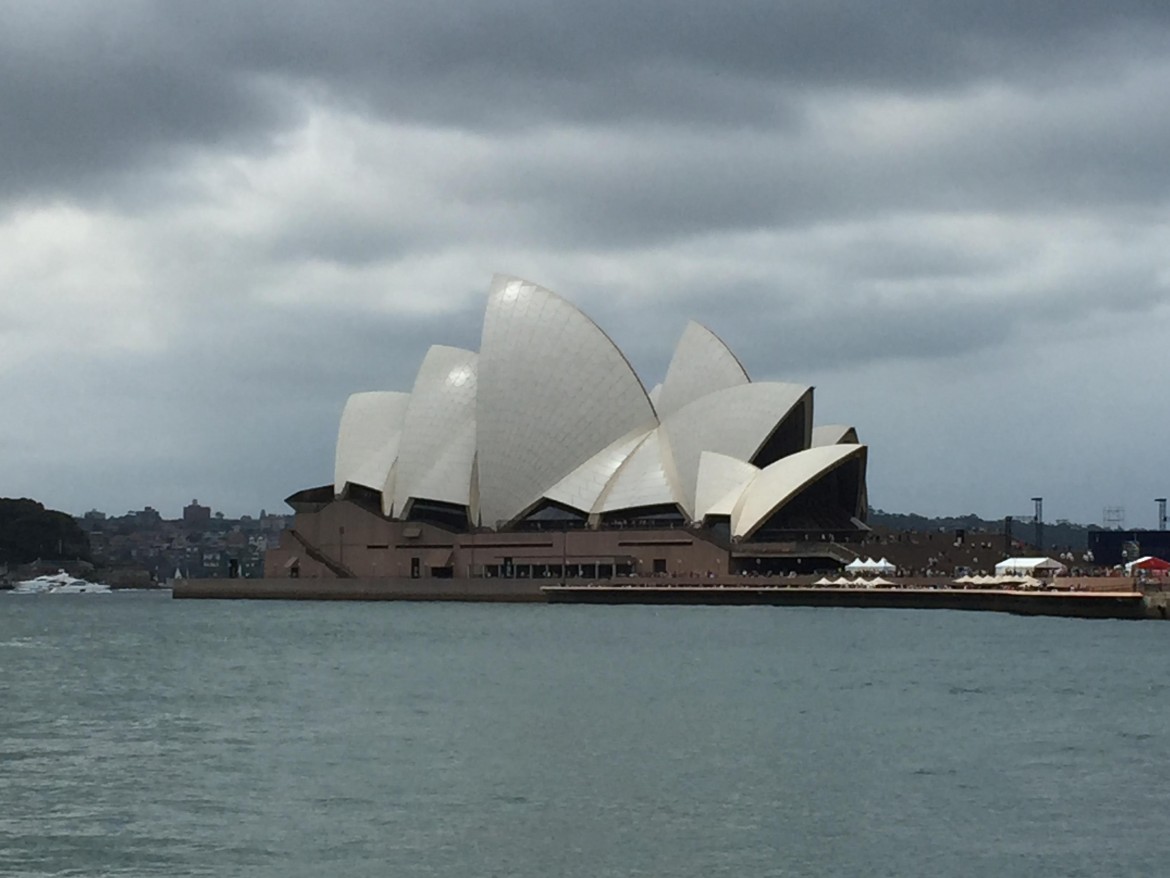 Had to feature the Sydney Opera House even though you have seen pictures of it many times.  Truly a magnificent architectural feat.  Think the architect actually never saw it because of some sort of falling out with one person or another.  But what had my attention most in Sydney is the evidence of a culture dedicated to human well being.  Here are examples.  When you enter the airport, you are greeted with this video: 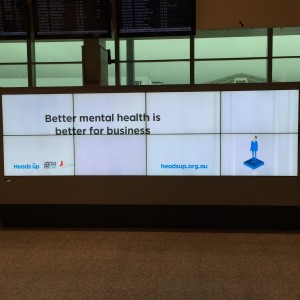 Followed by this one: 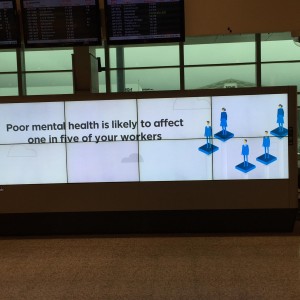 Walking the streets of Sydney I never saw a food stand selling  hot dogs or potato chips.  The food stands downtown look like this: 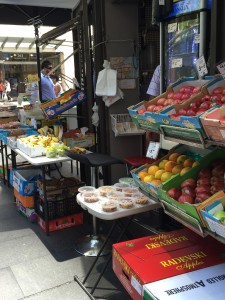 Lunch in most restaurants is a selection of salads.  Here was one of my many yummy lunches.  This one had no salad dressing except for beet purée. It consisted of roasted squash, pumpkin, carrots, sweet pea vines, red cabbage, green beans and  a few dollops of yoghurt: 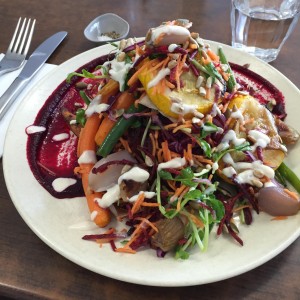 No need for an expensive gym membership; there are plenty of outdoor gym spaces where one can get a good upper body workout and stretch.  The one shown here is actually located in Cairns. The photo I took in Sydney was eclipsed by a runner streaking in front of the camera and I did not know it until later: 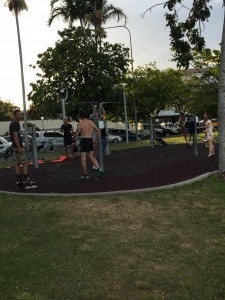 Women’s mental health and safety seems a top priority. I say this because the women’s restrooms in malls, bus and tram stations, airports and individual shops have many notices like these on the back of the stall doors: 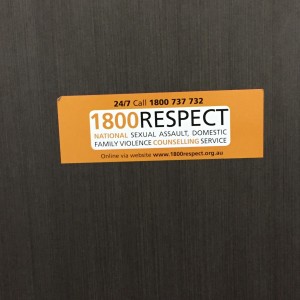 And this one in the Sydney airport.  The illustration on how to use the toilet is a bit strange but then people from all over the world are in airports and I suppose it is possible that someone with enough money to buy an airline ticket somehow has managed to have never laid eyes on a standard commode.  Anyway, it is the message about anxiety that I am trying to show. 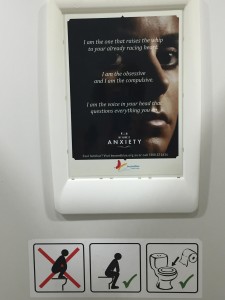 I did notice some things other than public messages!  More aboriginal art.  And these are splendid examples.  Both are from a special exhibit at the Sydney Museum of contemporary art, titled Being Tiwi.  The Tiwi are from a small island off the coast of Darwin.  The first one shows the moon in the center looking down at the sacred dance circle and the outer white circle shows the moon’s beam surrounding and holding the sacred circle: This next one is painted in natural ochres, the same that is used on the body.  These designs are painted on the body to prepare for funerals. 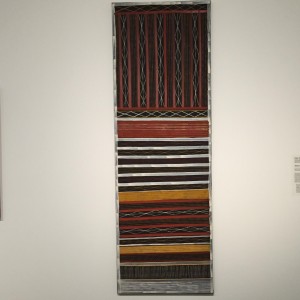 And this last one made me smile.  I love it. Titled, Pirate, and painted by Sydney artist Adam Cullen, the artist says of his work: the pirate is hardened, romanticized, rogue, with an impenetrable inner life and ultimately a failed human being, 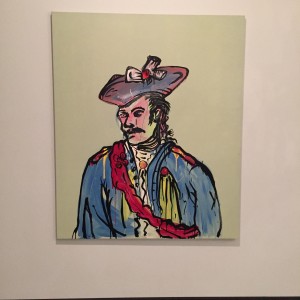