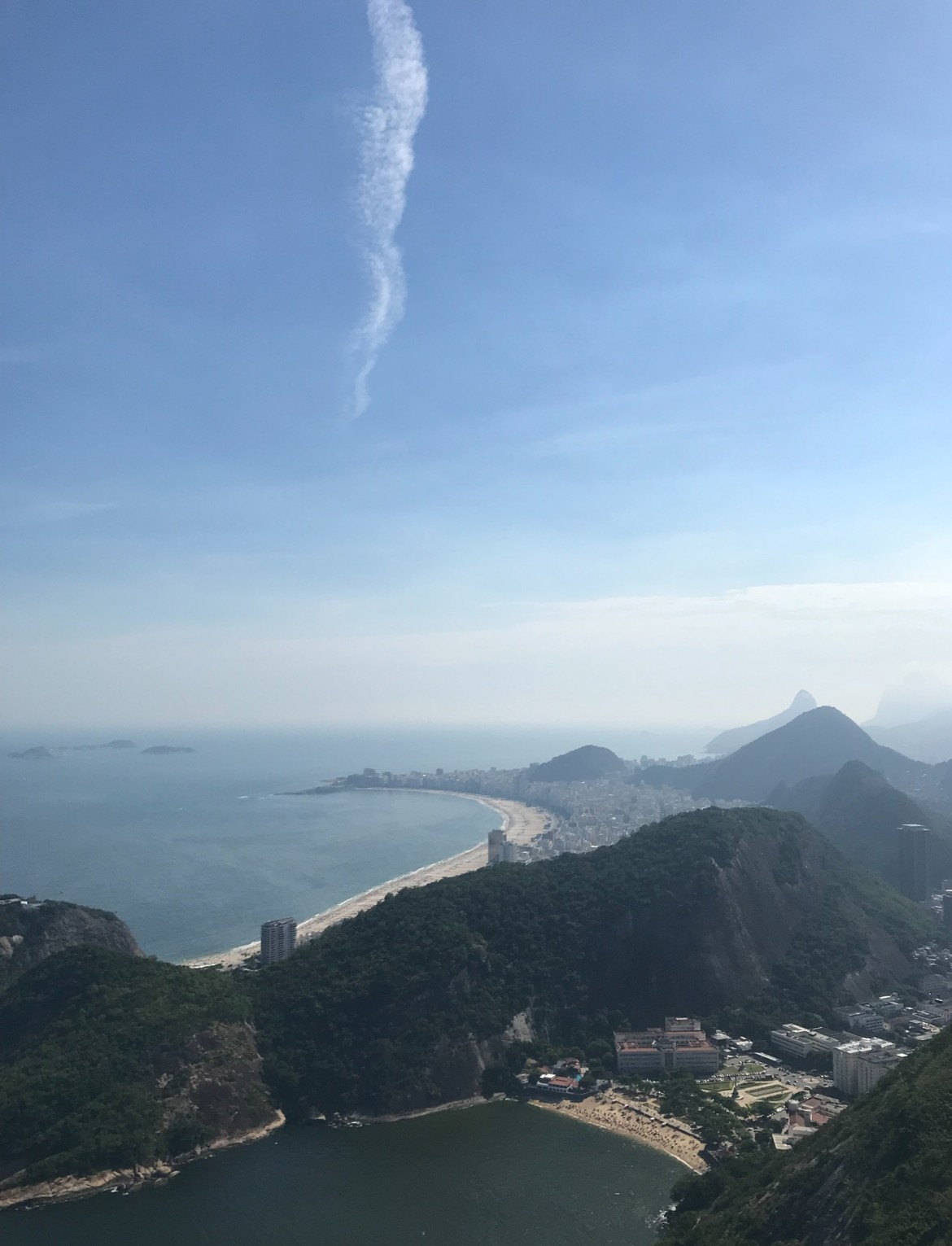 If only Rio looked as pretty as it does from the top of Sugarloaf mountain as shown in the featured image. When I arrived on Sunday afternoon and stepped out of a taxi in front of my hotel, all I could think of was the line made famous by Bette Davis: What a dump. “Dirty” does not capture the state of this city. Buildings erected several centuries ago have not had a window wash since the ribbon cutting ceremony. The streets have not been cleaned since the Olympic Games. And five million people will descend for Carnival in a few weeks. On the up side, the local population is very clean as are the interior of all buildings and restaurants and toilets I have visited. It is a shock after São Paulo and my beloved Salvador. Also, internet service is spotty at best.

Luckily, I came upon a good enough restaurant the first day across from the hotel and will eat dinner there until I leave Sunday for Uruguay. All the other restaurants I have investigated serve nothing but fried food. There is a luncheon food by the kilo buffet close by that offers a few vegetables.

On Monday I signed up for a free walking tour of the downtown area. It was supposed to be 3-4 hours but turned out to be 6 hours. Our group started with 12 people and ended with 3,two charming Indonesian women who are with their Embassy in Berlin and me. The guide was upset people kept leaving but I told him it was too hot for most folks. The temperature rose to 96 so a UK family left early. The German family kept buying bottled water and pouring it on their heads and eventually abandoned all efforts to cool off. But the tour involved too much standing in the hot sun and listening to lectures. I was the only one who had an umbrella so I was not baking in the sun. Also, the tour began at 9:30 am and we did not stop for food until 2 pm. And we stopped at a bakery that served nothing but gooey pastries and various fried yellow blobs. One offering was puffy and oblong shaped and had a long thin string at one end which made me think it looked like a fried dead mouse. Nothing could compel me to eat anything served in that bakery, said to be the best in Rio. I had another water and a granola bar in my travel sling. The last UK family left us there to go have a proper lunch. But the Indonesian women and I enjoyed another two hours of walking around.

Was with an excellent tour on Tuesday to Sugarloaf and Christ the Redeemer statue. Took all day due to long lines for cable cars and walking up 700 steps to touch the statue. Definitely worth the climb.

Because uploading pictures has not worked well since my arrival in Rio, rather than not publish at all, I want to let folks know I am alive and well. Will keep trying to find high speed internet.

Off to the beach. Ipanema is a 20 minute subway ride away. Was there yesterday to meet up for a favela tour (more on that later) and I must say, Ipanema appears as worn and not kept up as the rest of Rio. I was expecting flashy hotels and fine dining. Nope. Streets lined with more of the same yellow fried food balls. Perhaps the fine dining is carefully tucked away on the top floors of the hotels.