Art From the Land of the Froze..

On the Road to Victoria College, Ontario

On the Road to Victoria College, Ontario 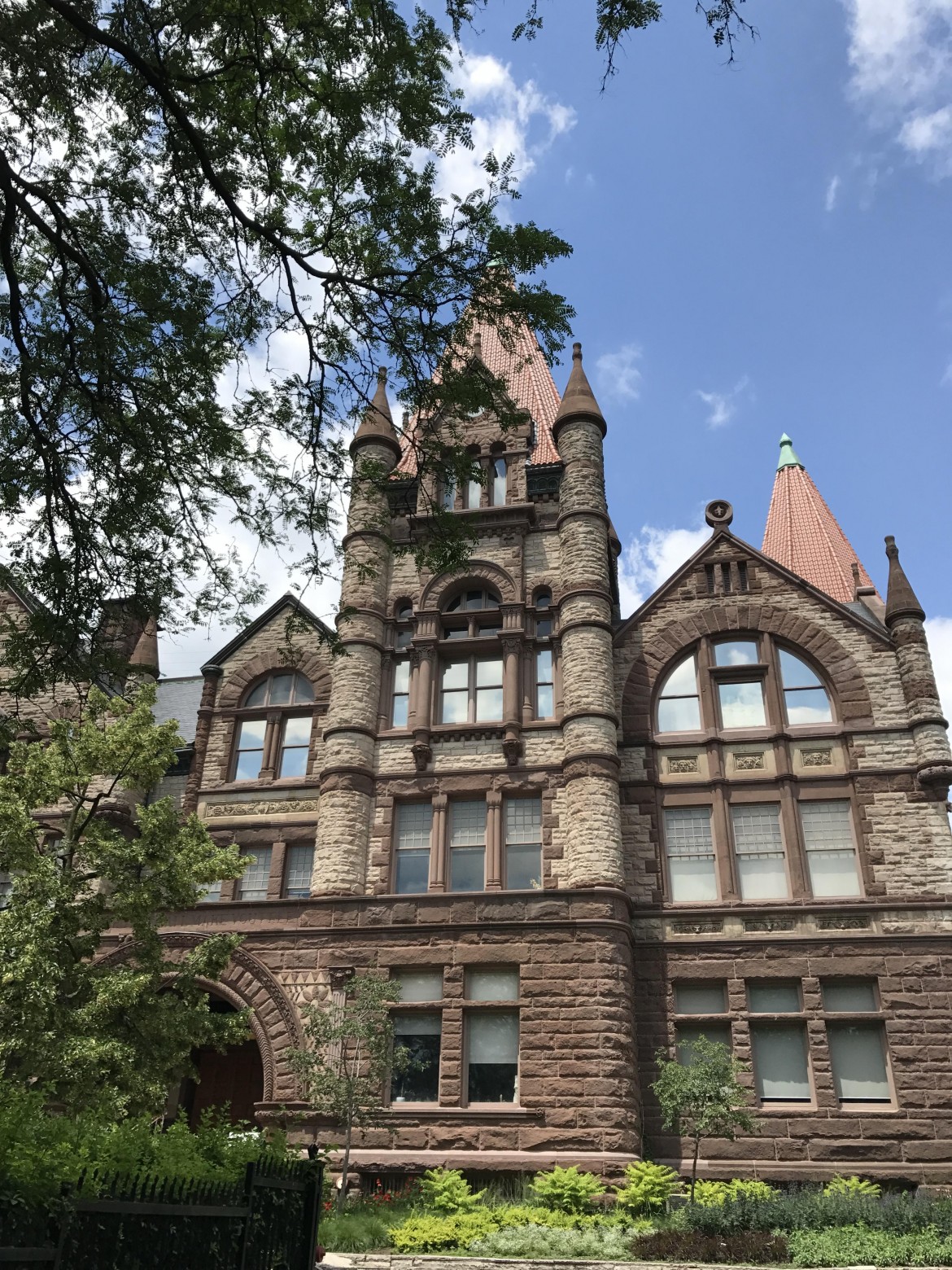 The last and only time I was in Toronto was in 1984 when I attended an international Orthopsychiatry conference. At 4 am on the opening day of the conference there was a kitchen fire in the hotel so all guests were evacuated. The conference attendees greeted each other outside on the lawn in their pajamas. A great start to a usually  very formal professional meeting.  Now, I have returned to spend a week at Victoria College with Classical Pursuits to study Lawrence Durrell’s Alexandria Quartet.

The drive from Maryland to Toronto was supposed to be beautiful so I spent 9 hours on the road. My only complaint in following the scenic Route 15 is that there were few gas and food stops. Following an exit to a Subway, I arrived to discover the Subway was out of business.  I asked a passerby if he knew of any other place to eat lunch and he pointed down a street and said a mile down the road was Mom’s Diner. Turns out lunch at Mom’s was a highlight of the drive: 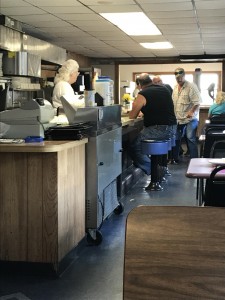 An authentic diner in Savona, NY.  Most customers were eating “dinner,” being that it was 1 pm.  I ordered the veggie omelette, which was delicious.  The pie looked really good, too.  Each  slice was the size of my head.  But, I refrained.  I had a reservation for the night at a motel in Niagara Falls on the US side, which was a mistake. My room was clean but nothing else about the town was. An odd assortment of people were staying at the motel and when I went out in the morning to put my suitcase in the car I saw someone had removed the emblem off the hood. 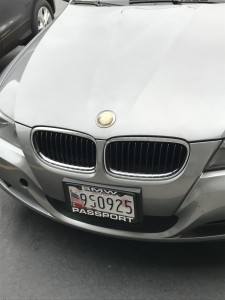 Niagara Falls from the Canadian side is lovely. Upon arriving in Toronto, I was treated to  a colorful parade:

After checking into the Park Hyatt, I searched out Victoria College, which is to be my home for the next week.  The College, a 10 minute walk from the Park Hyatt,  is one of many colleges on the sprawling urban campus that is the University of Toronto.  Now, here is an ivy covered college campus building: 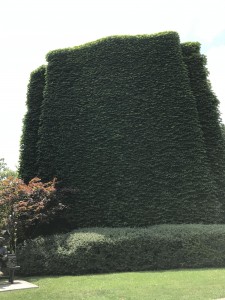 And next to this wall is a winsome sculpture of Northrop Frye, a literary critic. I sat next to him on his bench and felt disappointed I never met him. He looks like a very interesting person. 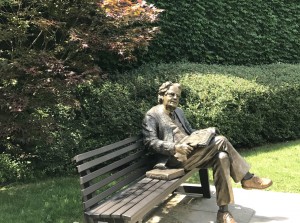 Later in the afternoon, I went for a walk in the Bloor-Yorkville neighborhood where there are numerous parks.  Toddle Creek Park is quite small but is dominated by a grand fountain: 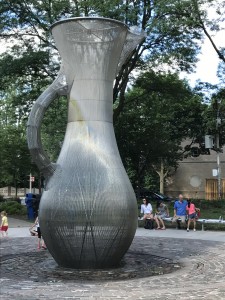