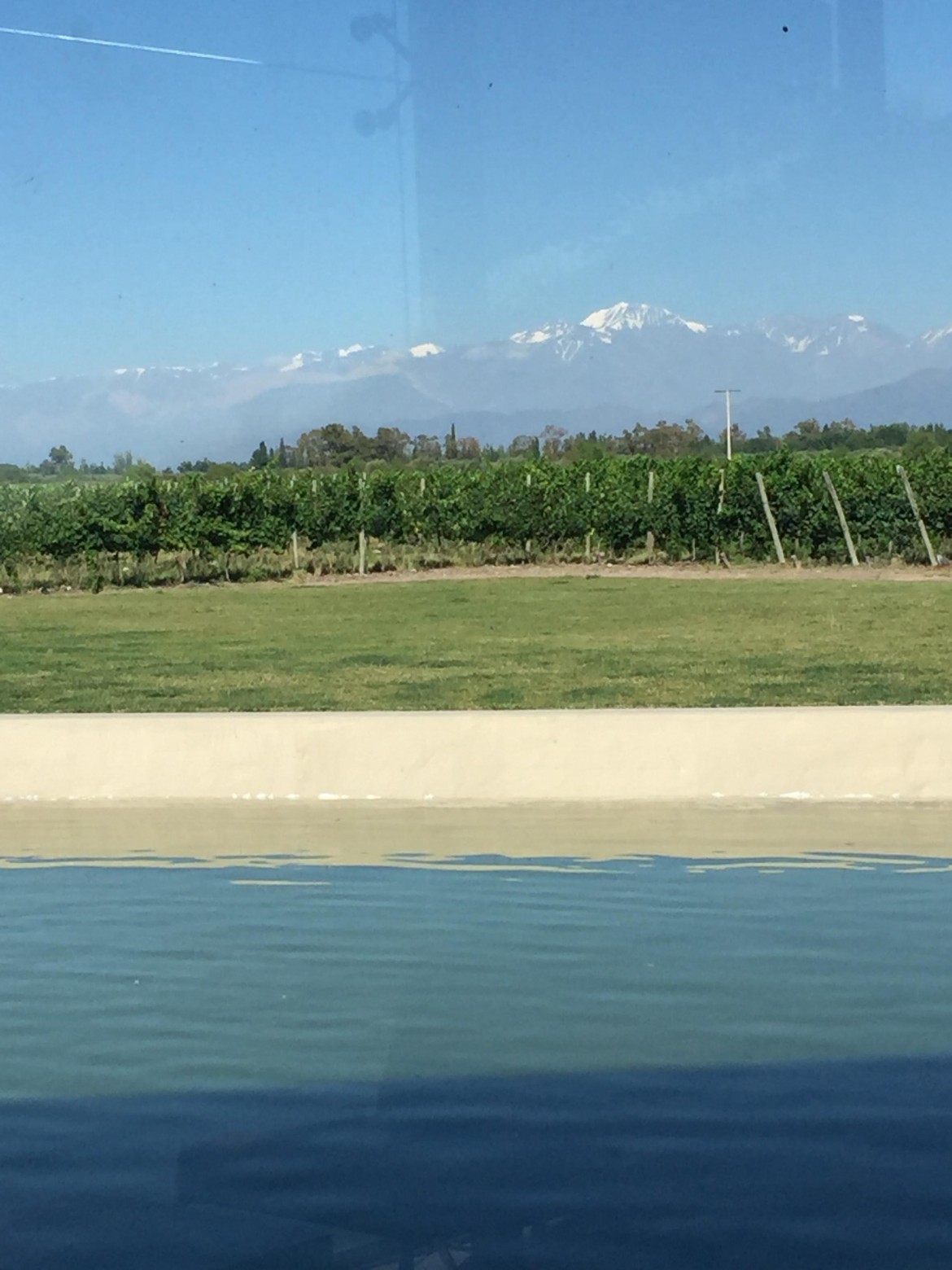 The  featured image shows a vineyard in Mendoza wine country with the Andes mountains as a backdrop.  I’ve not been on a vineyard tour before so did not know what to expect.  Since the tour started at nine am and was scheduled to last all day, I imagined we would be on the road for a couple of hours before we made our first stop.  Wrong.  Our first vineyard stop was 15″ away. There were a dozen of us on the tour.

After an introduction to the  wine production infrastructure, we were given our first tasting. It was 10 am, hence the reference to the Jimmy Buffet song, ” It’s Five O’clock somewhere.” 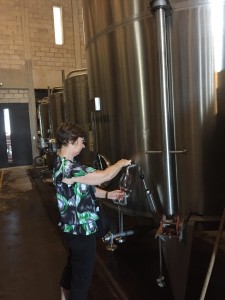 What made the day especially enjoyable was being with two delightful couples, one from Ontario ( the wife is shown above) the other  from Sydney.  When I saw the size of these fermenting machines (small compared to those we saw later in the day) I made a joke about all the men inside the vats and wondered how they got in and out at the end of the day. The guide looked horrified.  I explained that all I knew about wine making was from films showing people in Greece stomping on grapes in big wooden barrels. Then we had a laugh. The first taste was from this vat where grapes had been fermenting for two – three months. This is your basic wine.  Fine wine it was not. Remember Ripple from the 70s? On the street you would hear  homeless men talking to each other saying things like, ” Hey, man, can I have a plug of your Ripple.”

The eventual good stuff goes from the fermentation vats, holding up to 10,000 liters, into small oak barrels to rest for 12-15 months in a temperature controlled room: 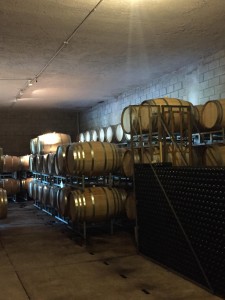 And for the premium quality wine, it is bottled and stored in the same temperature controlled room for another  year before it is ready for market.

Alta Vista was the most beautiful winery of the day.  Built in the late 1800s, the wine continues to be aged in the same underground room.  The temperature remains perfect, no  matter the outside temperature: 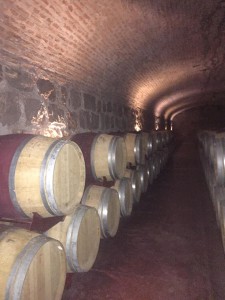 Other than having a taste from a spigot on the tank at our first stop, the remainder of the tastings were first class wines served in elegant rooms (see example of the entry into the Alta Vista room below). We arrived for the tastings and sat on either chairs or a couch or a bar stool.  Four wine glasses were set in front of us: one for white, two for red and one for champagne,  along with a bottle of water.  The expectation is that you taste, not drink the wine, meaning have one or two sips. The wineries want you to buy the wines you taste; this is not a party and they are not entertaining you. Like the people who pass out food samples in Whole Foods. Have a bite. Buy it! 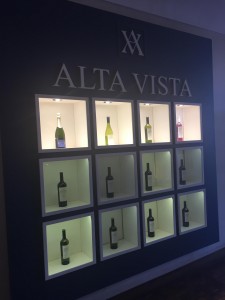 After the second winery, we visited an olive oil plant. Since there had been no snack food offered at the vineyards, I expected to be offered an olive oil sample in a tiny paper cup, like the olive oil store in Union Market in DC. How nice to have a little food because by now it was close to 1 pm. 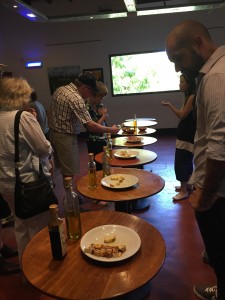 The photo below was taken by my Australian companion during the tour. 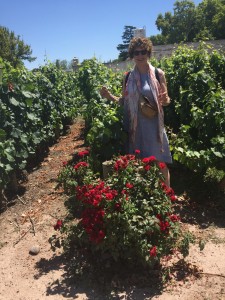 You see roses planted everywhere in the vineyards. The reason for this is that roses are a bell weather for diseases that can attack the grapes. If the roses start to show blight, the growers are forewarned. Any disease that attacks grapes will attack roses first.

Between the second and third  winery visit, we had a fashionably late lunch (2:30) in an olive grove. Cool and breezy and enjoyable conversation with my English speaking companions for the day. 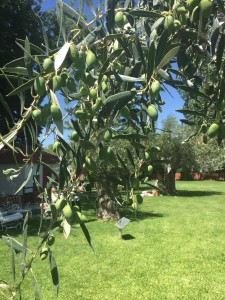