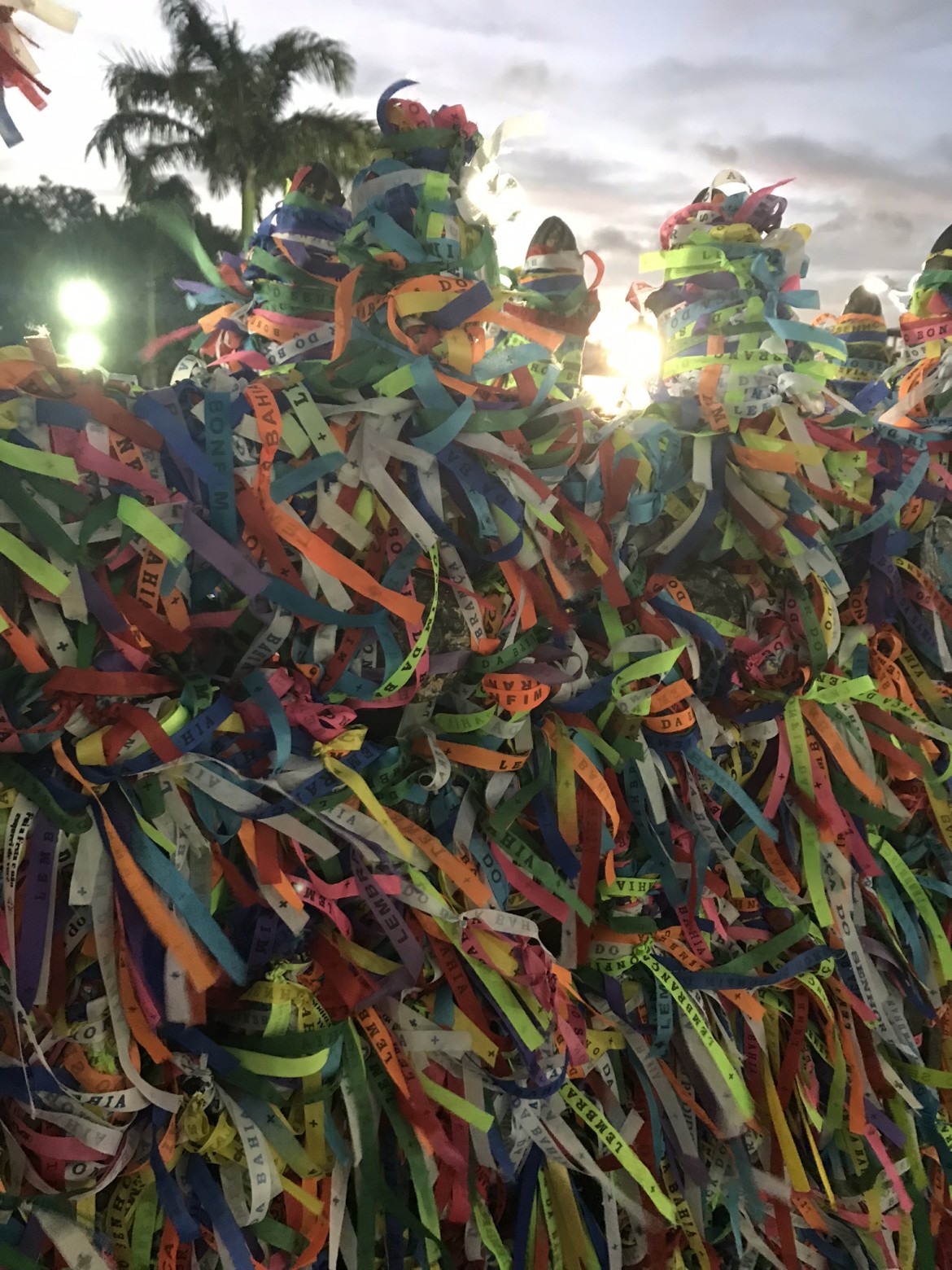 Until I arrived in Salvador de Bahia, I had never heard of the Candomble religion, which has 5000 year old roots in Africa. As best I have learned, it is an anamistic  faith and respectful of the forces of nature.  Then Portuguese  sent Jesuits to Brazil to convert the locals.  When the Africans were imported later as slaves, they had to find a way to worship their “ orixas” or Saints, along with the Catholic ones.  Candomble is  a double religion, meaning, the locals worship the Catholic saints and the orixas. The featured image are strings of good luck that a visitor is invited to wear as soon as he or she arrives in Bahia. Wrapped around the wrist and tied in three knots, the bands are a form of protection, like a St Christopher medal.  Better still, purchase a band from in front of a church and receive a blessing for 20 Reals, which is about $6.00.  The manager of my hotel tied a band on my arm as soon as I checked in. 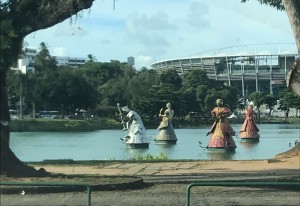 The statues of some of the more famous orixas (above)  were placed by the Dutch, who were briefly in Brazil.Today, there is increasing pressure from evangelical Christian groups, who regard the orixas as satanical, to ban the Candomble.  Tuesday night I went to a mass held at  a Candomble temple.  It sounds like a Catholic mass interspersed with bursts of  gospel music and chanting. At the end of the service, there is a parade through the church with men and women carrying baskets of bread: 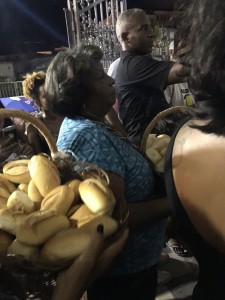 And afterward, party, party, party.  Now, party in Salvador does not look like anything resembling a frat gathering.  Percussion groups are everywhere.   And people dance and clap and drink lime juice mixed with coconut milk. There is an international drum school in Salvador, attended by percussionists from all over the world. Last night, a group of German percussionist students staying at my hotel sponsored a BBQ for all the guests of the hotel (only 30 rooms), followed by a concert featuring themselves and their Salvadoran teachers: 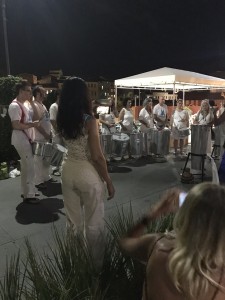 My ever helpful guide, Marcos, took me to watch the sunset in Baha Beach and along the way we stopped at a tile artist’s studio.  I had hoped to purchase some beautiful Portuguese tiles but they are not for sale.  At any price.  But, this artist hand paints the historical Portuguese elements so I had to settle for second best. His studio is interesting:

Not sure I would have been comfortable going in by myself but I trust Marcos (pictured).  Inside the studio was  quite elegant.  The house also faces All Saints Bay.