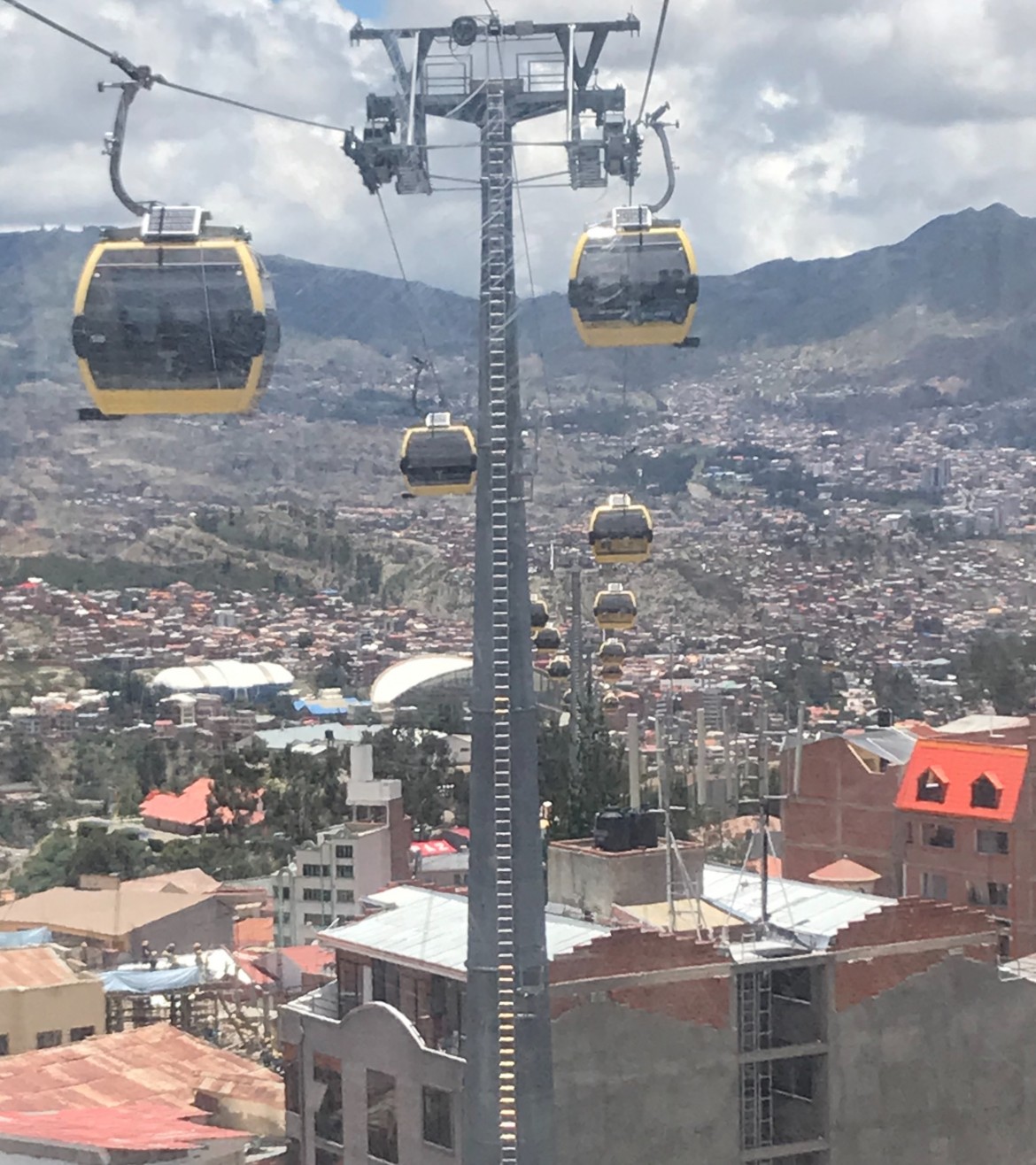 Although I had read about the cable cars in La Paz and seen pictures of them, I thought they were for tourists. Actually, they started in 2013 as a tourist feature and then evolved into a means of public transportation for locals. By 2020, the city expects to have 11 cable lines in service. Now there are six. At any given moment, there are 180 cars in the air, seating 10 people in each cab.

The cable stations are larger than some airports I have passed through. The stations are a boon to the local economy because they bring other services to the station — restaurants, dry cleaners, expensive housing, etc. Like having a subway station come to your community. Having a cable car tour showed me La Paz in a way I would not have understood it otherwise. The city of El Alto, which is where the airport is located, is at 13,320’. It is the city of black markets and witchcraft. As our guide said, you can buy anything in the world on the streets in El Alto. The witches market in La Paz is more a tourist attraction. If, like a local, you want the real thing, you must go up the mountain to El Alto. Witch doctors are greatly respected among the indigenous population. 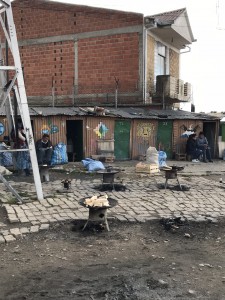 In the picture above, taken at the Witches Market in El Alto, each fire represents a spell in progress. People seek out the witch doctor usually for help with their love life. Less often, to place a curse on someone. The Aymarans are deeply superstitious people and must perform various oblations throughout the day to please Pachamama, the earth mother in Inca mythology. Here is a photograph taken in El Alto, looking down into the valley of La Paz which is 12,800 feet above sea level. More Andes mountain ranges surround the city.

We left El Alto and cabled over to the green line which took us to the South End, which like El Alto, is a city unto itself. And it is where the rich live. Indigenous people are forbidden to set up street shops in this part of town so it looks like any smart, first world city with shopping malls and cinemas where you are served Sushi and Chardonnay in your reclining seats. Soon it will have its own cable line in and out of downtown La Paz. It is also warmer on this side of the mountain and 1,000 feet closer to the sea.