Bariloche: All About the Scenery

Bariloche: All About the Scenery 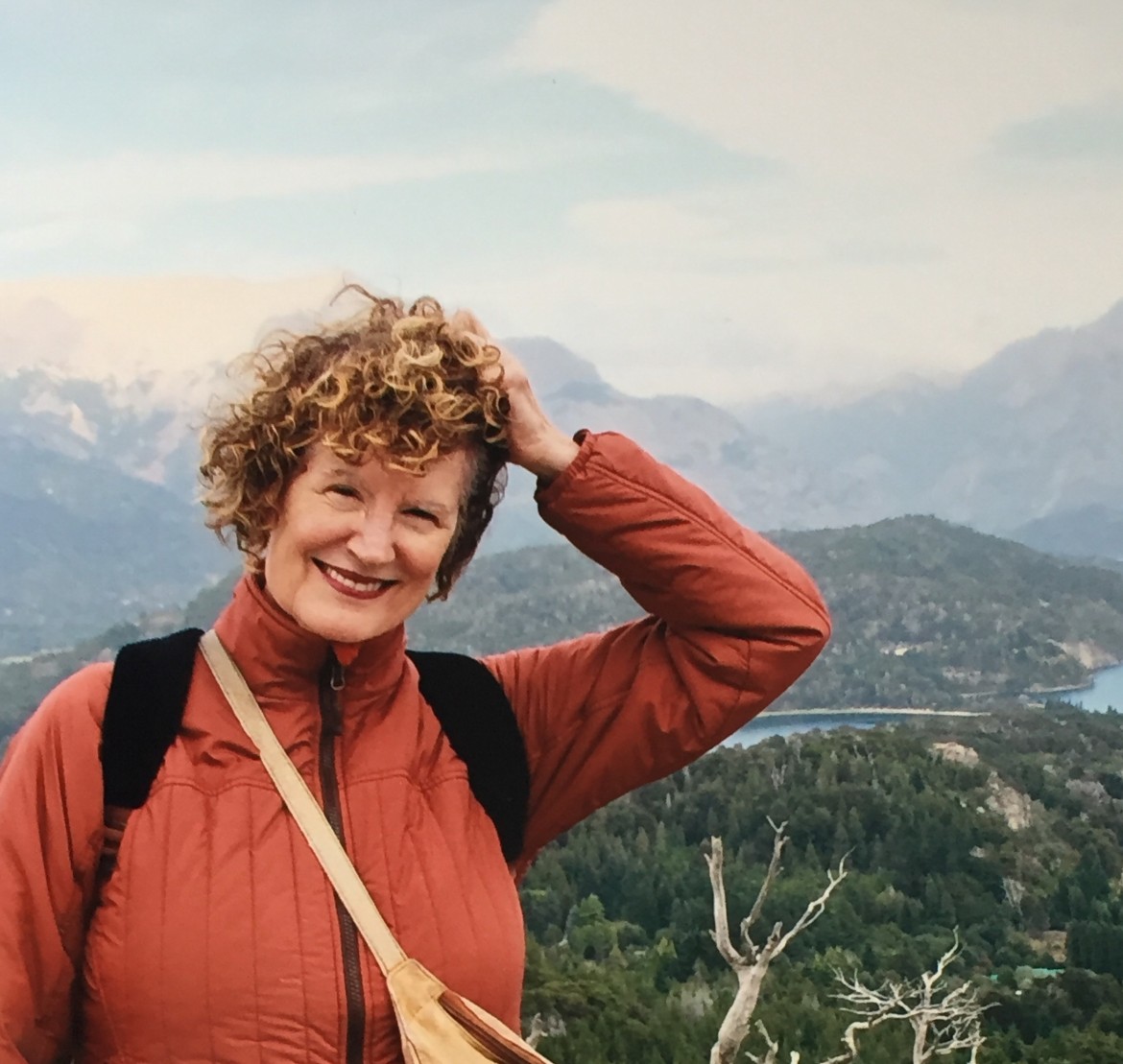 Patagonia is a vast land of mountains, lakes, glaciers, forests and deserts. It has attracted dreamers, exiles, outlaws as well as those seeking legitimate business opportunities. The early European settlers (German, Swiss, Austrian) came after WWI hoping to improve their lives economically. Located in the “Lakes District” on Lake Haupi,  Bariloche  has a distinct Alpine feel to it: 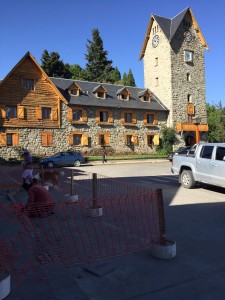 The building above is on the town square, which was established in the early 1900s.  The wood is cypress, which is indigenous. Other trees were imported from North America and Canada so there are many pine forests and redwood forests. I went on a hike yesterday on Victoria Island  where pine forests are surrounded by blue lakes and the Andes. 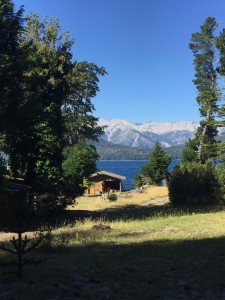 On Tuesday I went on a “German Footprint” tour, conducted by an Anthropologist of German descent. There were many highlights of this tour but central was the photograph he showed us of his father, head master of the German school and  Nazi war criminal, Erich Priebke (caught out by reporter Sam Donaldson and stood trial and was convicted) who was assistant head master!  Priebke lived for 40 years in Bariloche, under another name, of course.  The guide posed an interesting question: where do you go if you are a fugitive? Answer: a place where you fit in in terms of language and culture.  Bariloche as a long standing German outpost was the perfect place to hide! 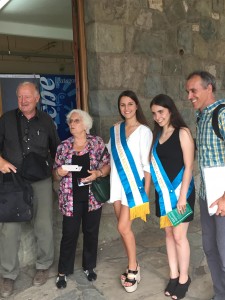 Pictured here is the guide, the tour director, the Bariloche Ambassador of the Snow and one of her court. The Snow Festival is held in June and the Ambassador reigns for one year. Not sure who the older woman is; think she was escorting the young women around.

The lodges everywhere are heated by wood burning stoves. Not needed at this time of year but I imagine this kettle whistling away as snow falls: 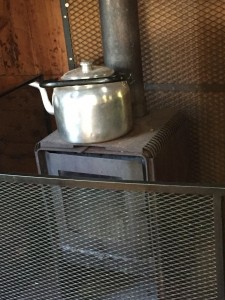 Bariloche has no industry other than tourism. In the winter, 80% of the tourists are from Brazil; they come here to ski. In summer, tourists arrive from all the countries where it is cold in January and February!  Bariloche does have a large cottage industry: chocolate. 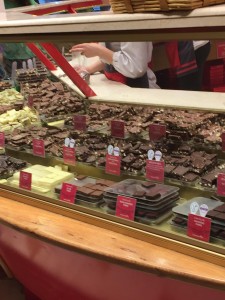 Several generations of families have made chocolates so there are chocolate shops everywhere. Mostly, the chocolates have creme filling inside. My preference is for plain dark chocolate. My guide to Cathedral  Mountain (where the featured image was taken) told me of a chocolate shop where I could buy plain chocolates. Yummy.

The five star hotel Llao Llao (as in Shower without the er) has been around for many years but burned down once and then was  abandoned. It was turned into a luxury hotel in 1994. Llao means sweet in Spanish so sweet, sweet is like saying the ultimate sweet spot. 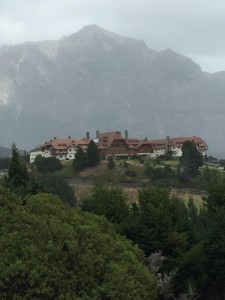 Today was not the best day to take a picture of Llao Llao. It was cloudy and drizzly but this was my only chance!