Bariloche: All About the Scene..

Art Everywhere. But, Is It Le.. 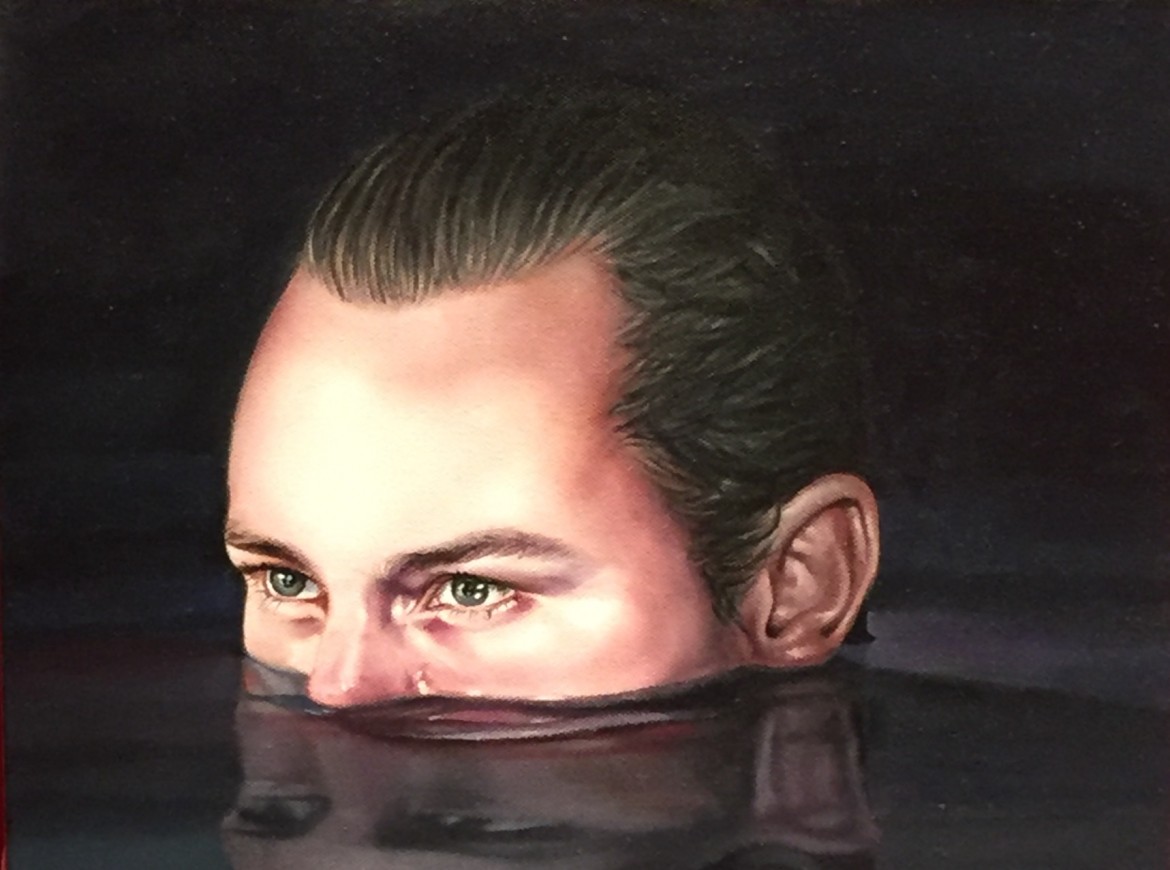 Fourteen days in Santiago turned out to be way too long a visit. The problem was that nearly all the museums and art galleries, which is the reason I went there, were  closed. Not even the tourism office knew they were closed. Stranger still, neither do the museum websites let the public know.  One day I took the metro and transferred to two buses  to try to see the Museo de Modo, the museum of fashion.  I had been to the tourism office that morning and was given careful directions on how to get to the site.  An hour and a half later, I was greeted by a chain link fence announcing the Museo was closed for repairs during the month of February.

The only art gallery that was open was a part of Museo de Belles Artes.  The guard said no photography was allowed, but I snapped  pictures anyway. Everyone else was doing it.  The photographs in this post  are not part of the Chilean  permanent collection.  They are from three curated exhibitions on loan. The featured post is from one of these exhibitions.    The artist’s style is of reflections.  I liked this one as well: 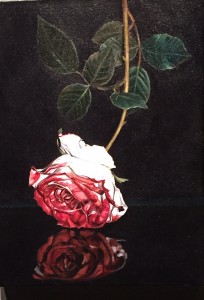 A second exhibit, was  by a weaver, Eva Ek Schaefer, who lives and works in a windmill in Faro Island in the Baltic Sea. Some of her work is splendid. 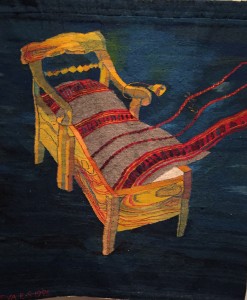 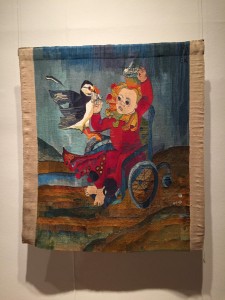 Even the smaller art galleries in the upscale sections of the city were closed. I investigated changing my flight to leave Santiago early but the cost for doing was more than I was willing to pay. When I came back after a week in Valparaiso, at  least the weather in Santiago had cooled somewhat  so I did a lot of walking in the various neighborhoods and discovered this fountain: 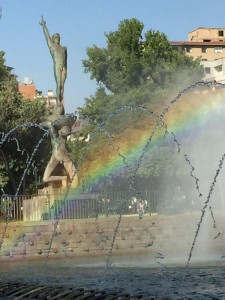 The water choreography was always changing so I visited the fountain every evening to catch the light shows: 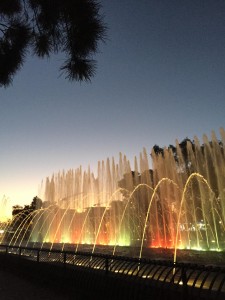 The last neighborhood I visited was the scrappy Barrio Brasil where I stumbled upon a fine street art installation: 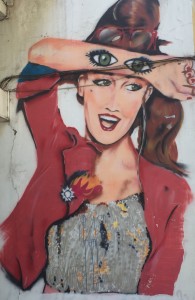 The good news about street art is you need no permission to take photographs! The Human Rights Museum in Santiago and Pablo Neruda’s houses in Santiago and Valparaiso  were off limits to photographers.  And there were guards lurking in every room to make sure you were abiding by the rule!