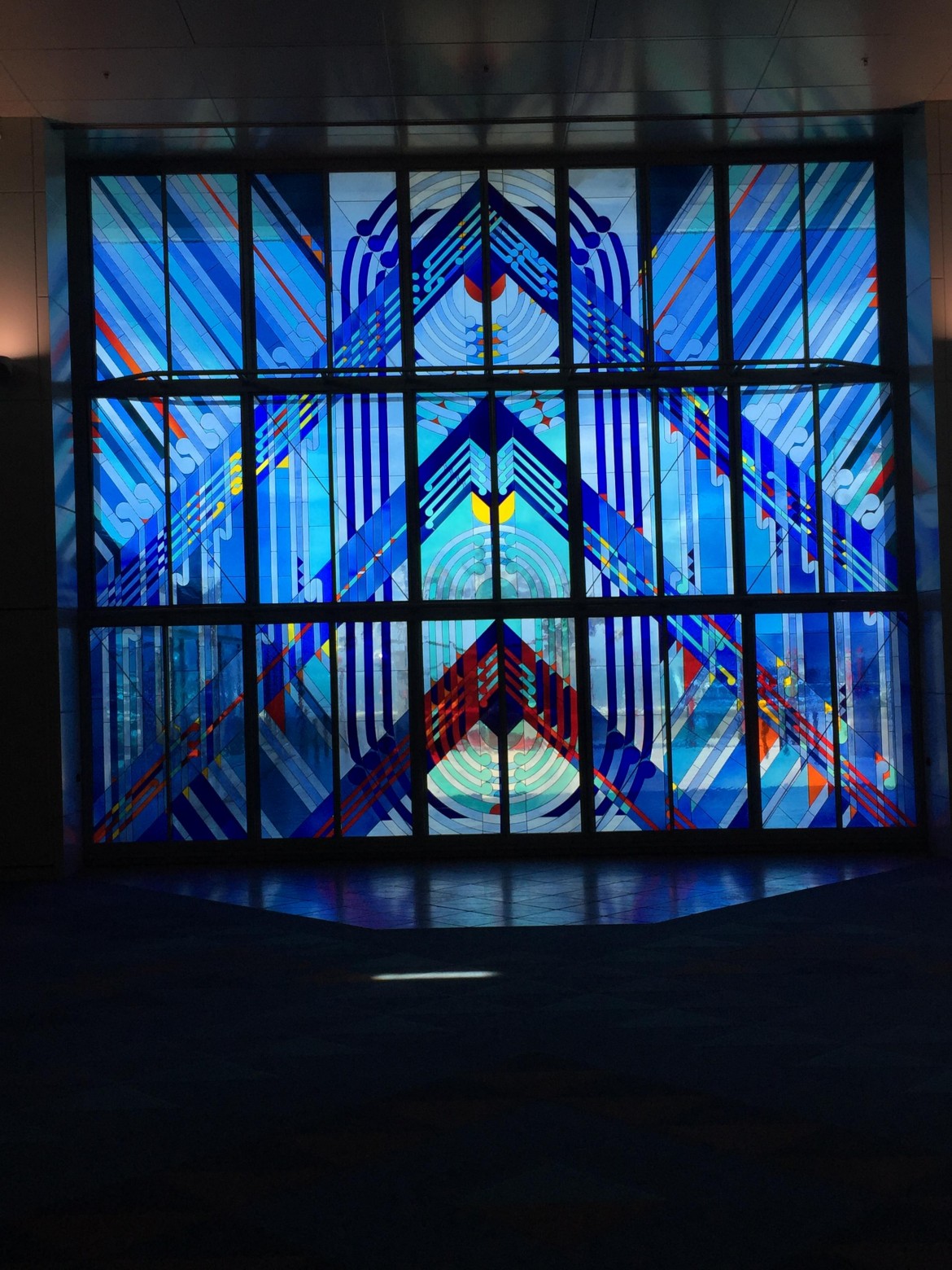 In the beginning the earth was dark.  The universe was a million million years old.  The Supreme Being circled the dark earth with a ring of light causing the lovers Sky and Earth to begin to separate. The Father Sky and Mother Earth fought  to keep together so the separation was long and bloody.

The featured image here is a stained glass window in Te Papa museum in Wellington, New Zealand. It depicts the end of the separation  struggle to wrest Sky and Mother Earth apart. The Sky will remain blue but with a smattering of other colors that show in rainbows. The blood leaves the Sky with Mother Earth.  Sky is so unhappy he weeps copiously for many days causing a flood upon Mother Earth.  When  Sky stops crying, Mother Earth’s blood is washed away but she is left in a fertile landscape.

The Supreme Being  made a woman to dwell on Mother Earth.  Her anatomy made it possible for the Supreme Being to enter her mouth and have a direct path through her body from on high through the birth canal so that the earth would be populated.  When the Supreme Being saw that this  was not working, he made a man so the woman could be fruitful and multiply.

The number 3 has many meanings to the Maori: 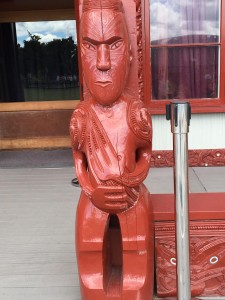 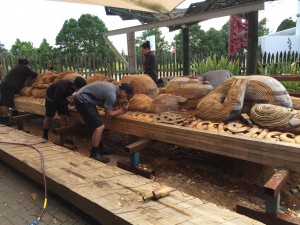 There is a tribal woodworking school in Rotarua where artists keep the carving skills of their 400 year history alive.  Many of their carvings are used to replace worn relics but some are commissioned pieces that are shipped worldwide.

The Maori are first and foremost warriors. What that means is that every man  is trained in martial arts, spear skills and the  “haka” or War Dance. Watching part of a training  exercise was  instructive.  The thrust out tongue and eye bulging, designed to frighten enemies, takes the level of skill of a ballet dancer  twirling en pointe. The breath, originating in the back breathing, moves up through the abdominal cavity, and  up through the throat, making  the expulsion of air such a force that the tongue and eyes naturally protrude. 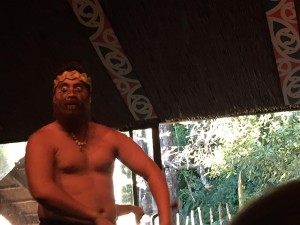 This rich, complex culture abides by one governing question and one answer: what is most important in this world?  People.