Things You May Not Know About New Zealand

Things You May Not Know About New Zealand 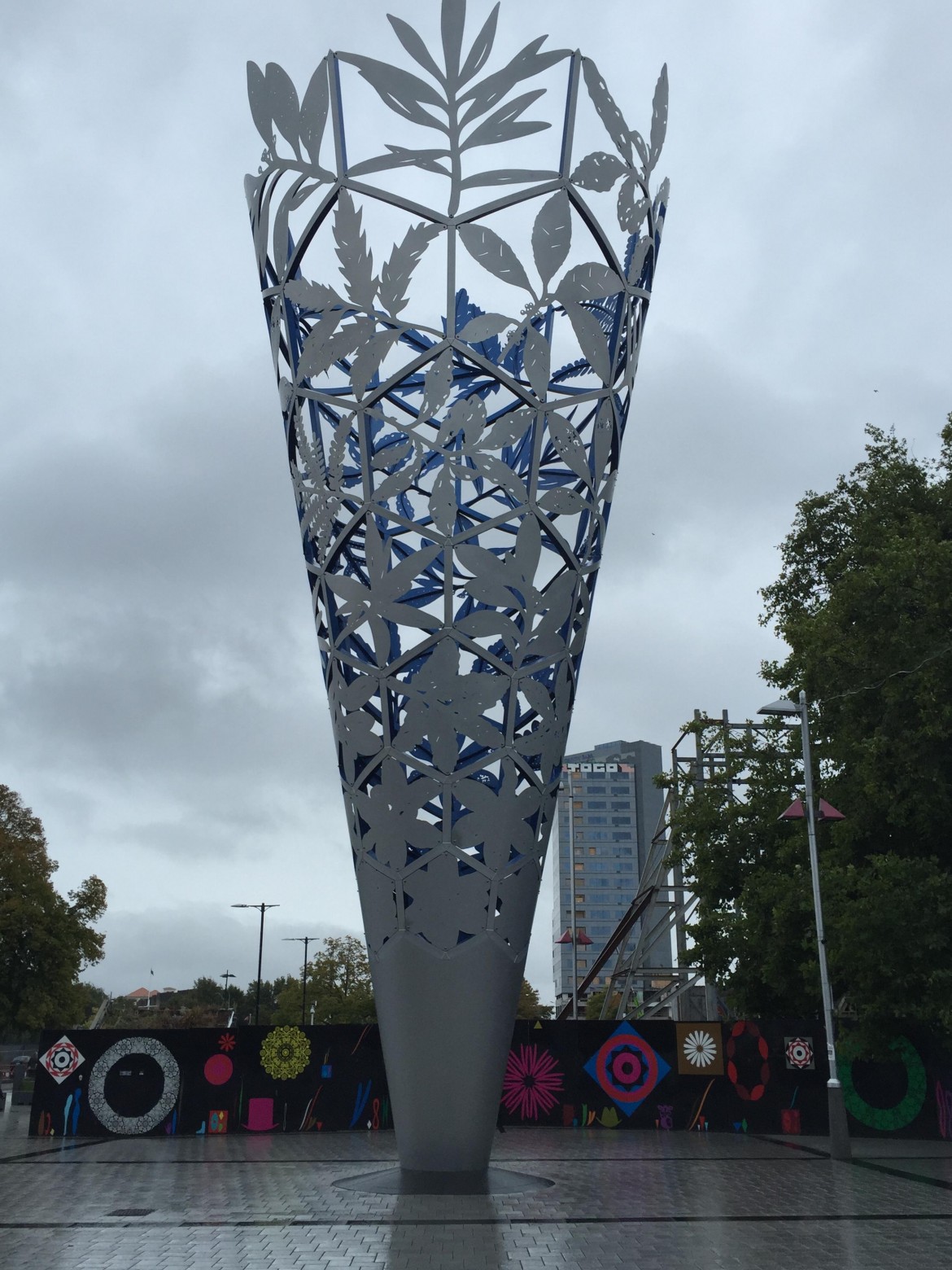 Neil Dawson’s steel sculpture, Chalice, was installed in Christchurch’ Cathedral Square in 2000.  It survived the devastating earthquake in 2011, whereas 80% of the surrounding buildings are doomed to demolition.  We went to the Quake City Museum where I felt similarly to my experience of being in the Katrina Museum in New Orleans. Through the tragedy one sees the best of human nature shining through.

Did you know that New Zealand has no endogenous animals or reptiles? Only birds (and whales and dolphins on the East coast).  The only animals are those brought here by the British: cattle, sheep, possums and rats. You see a lot of possum roadkill. Have not seen a rat but these are mostly in the North Island forests and there is a concerted effort to rid the country of them.  Also there are few insects. Have not felt a mosquito.  Occasionally a fly might buzz into a motel room.  But only one and it seems to try to get outside as soon as it can find the way out.  The lack of animals, snakes and insects makes hiking a true pleasure.  The country is mostly mountainous so the hiking is pretty rugged.  Here is an example where I am following my daughter up the Queen Charlotte Track in Marlborough Sound, outside Picton: 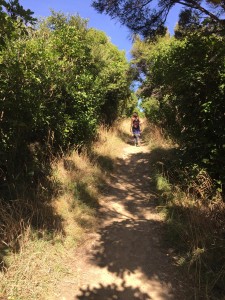 We climbed up 1400 feet.  And the views from the top were worth every step: 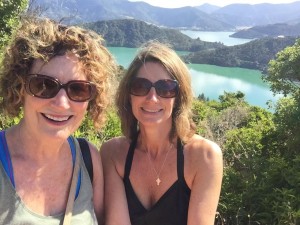 The Department of Conservation is fantastic in terms of servicing life lived outdoors. The sign markers are excellent and there are toilets and picnic tables along the way, even in the most remote places. Campgrounds abound.  We discovered we like best the smaller towns, with a population of 500-1200.  This means there are no traffic lights, a few motels, a few coffee houses and restaurants, and a grocery store that caters to tourists so the food is quite good. Being in these small towns feels like a throwback to the 1950s. Even the music- One Mint Julep was playing in the information office in Lake Tekapo. The restaurants serve multiple purposes: a place to eat, to gather and drink beer, to have a family outing including the baby, maybe shoot pool: 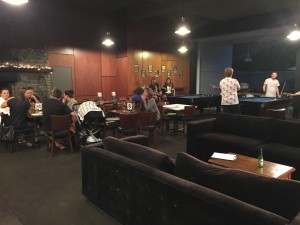 And the coffee houses!! Everywhere. And there is always a line. This was one of my favorites, on the Main Street in Picton. No line here because it was closed. 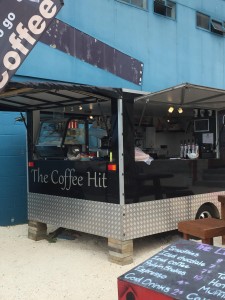 Outside the major cities of Queenstown, Christchurch, Auckland and Wellington, New Zealand is pretty simple living.  People have washing machines but not dryers. Clothes are hung outside to dry.  Here, for example, is the most upscale house I saw in the town of Kaikoura.  It is a very sweet, well maintained, unpretentious cottage with a nice yard: 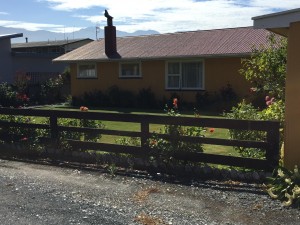 Although it took me awhile to get used to the energy saving alternative to “unplugging,” I am now a big fan of these: 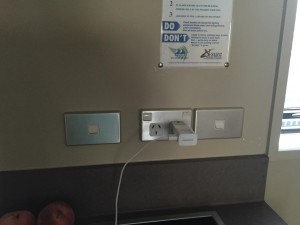 You plug in your phone or tea kettle or whatever into the socket but the power is controlled by the small white switches on top. The switch above where my phone is charging  is turned on, you can see the red light.

Despite the fairly harrowing driving conditions here: curving, narrow  one lane roads through mostly mountainous terrain, narrow one lane bridges, passing bays carved out on the sides of mountain peaks, and switchbacks galore,  you come around a bend in the road and are greeted with views like this which make a New Zealand road trip  one of the best decisions of my life. 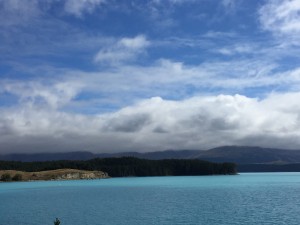