The Wheels on the Bus Go Round and Round

The Wheels on the Bus Go Round and Round 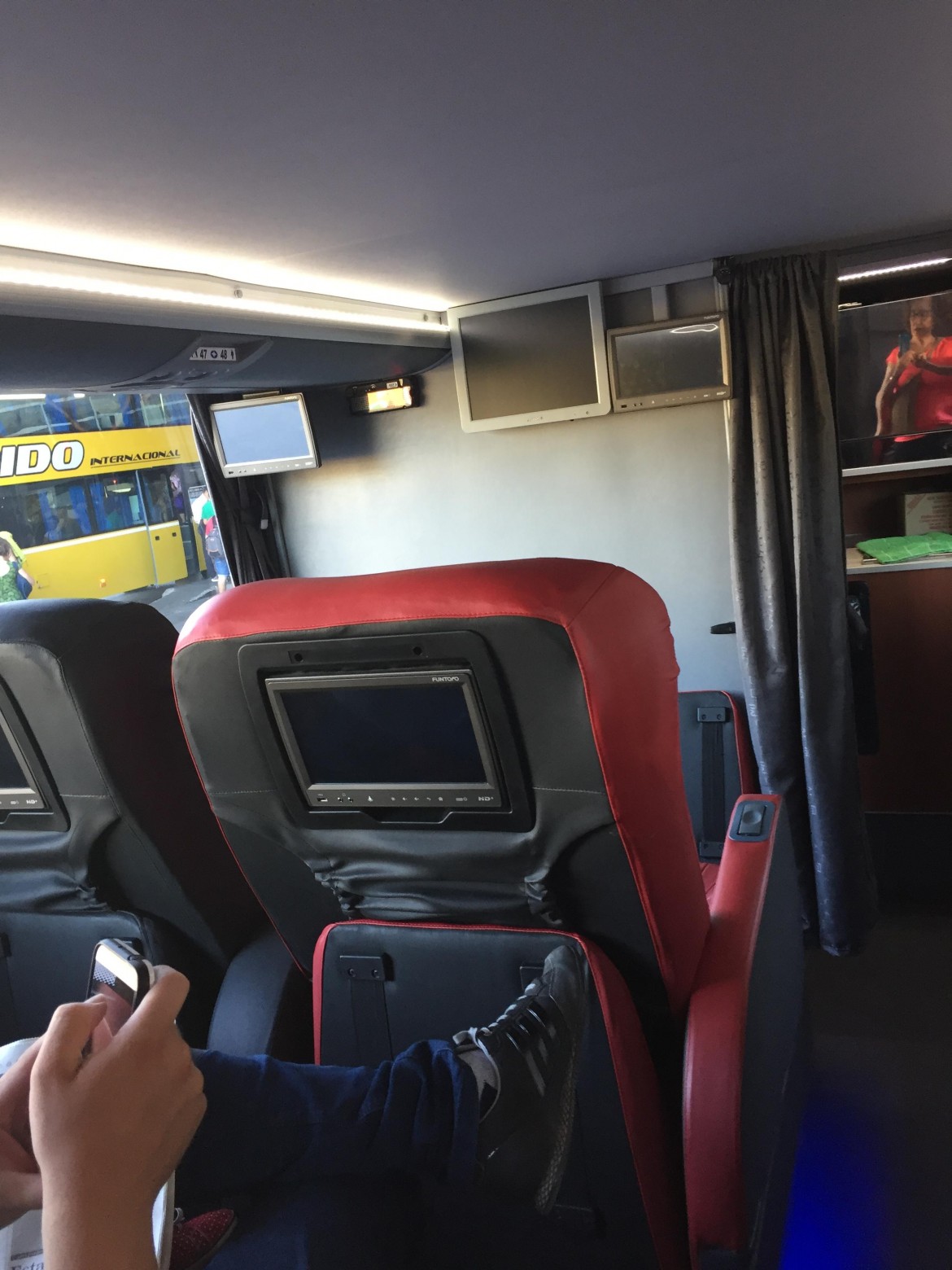 See all the primary colors?  Red, blue, green and  yellow.  Our 18 year old bus attendants wore white shirts, ties, dark slacks and tie shoes. The passengers piled on dressed in shorts, t shirts and atheletic shoes and carried backpacks.  This “establishment shot” set the tone of a 10 hour bus trip from Mendoza to Santiago. We passengers were treated like little kids all day long.

Argentina and Chile are known for outstanding bus transportation. Like airlines, one pays more for a better seat.  I purchased a $50 “semi-cama” for this trip, which is shown in the featured image. It is rather like a lazy boy and reclines comfortably.  There are 10 of these seats on the lower level, along with a presentable rest room.  Upstairs are 30 regular seats.  The bus departed exactly on time and we drove straight through the Andes. The scenery was always changing. I was surprised at how many lakes we passed. 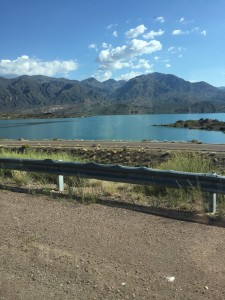 And and how many snow peaks we passed:

There were numerous ski resorts along the way, tiny houses and graffiti: 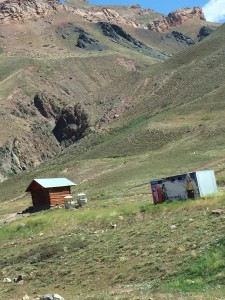 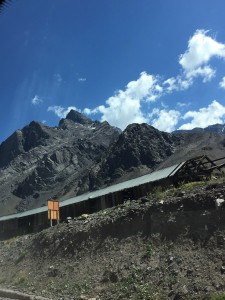 We arrived at the Argentina/Chile border at noon.  There were many buses ahead of us so our attendant served lunch, which  he handed to us with tongs. 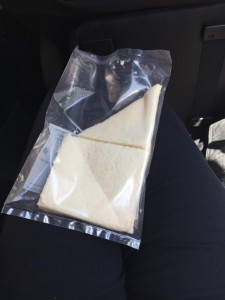 One and a half ham and cheese sandwiches on wonder bread, with the crusts neatly trimmed off. Who except elementary school children eat like this?  Our beverage was a small paper cup half filled with Pepsi. Was this a cost saving measure or was there a worry we adults would be careless and spill our drinks?  After “lunch” I fell asleep, probably from the Dramamine I took to prevent motion sickness going around the hairpin curves I had read about. An hour later,  I was awakened by a loudspeaker announcement we were to get off the bus.  First we had to line up according to the bus seating plan, then walk single file into passport check where we stood in line some more and were sniffed by dogs. Next, we went back outside and watched our luggage being taken off the bus: 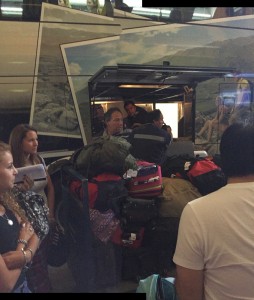 And lined up again to have our carry on items x-rayed: Total time at the border crossing: 4 hours.   Turns out, the switchbacks are on the Chilean side. The Dramamine had probably long worn off but riding lower to the ground prevented nausea. 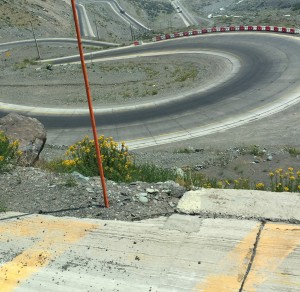 We arrived in Santiago at 6pm, just in time to hit rush hour traffic, combined with intense smoke filled air and 96 degree heat. Chile has been declared in a state of emergency from forest fires just south of Santiago. This post is being written two days after arrival.  The air is better today and it is not quite as hot, but 100 degrees is forecast for Wednesday and new fires continue to break out.  Vina de Mar is an hour away and a $10 bus ride so I may be taking multiple day trips over to the beach!