Art Everywhere. But, Is It Le.. 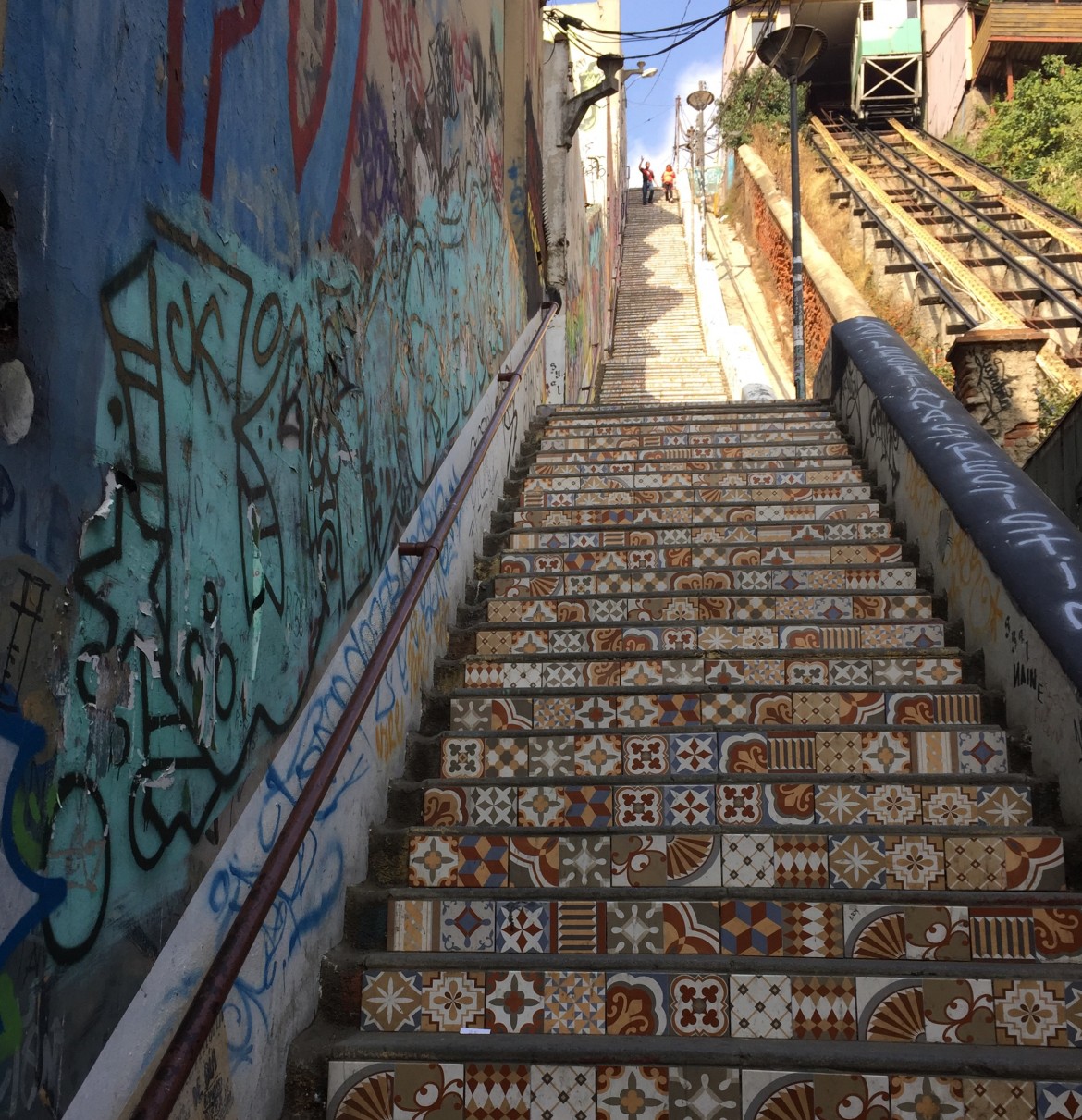 The poet, Pablo Neruda, in an ode to his city,  captures it:

“What nonsense you are. What a crazy insane port. Your mounded head disheveled. You never finish combing your hair. Life always surprised you.”

The city is in a continual state of delapidated and new construction. The old area of “Valpo”, where Europeans lived during the golden era of shipping (before the opening of the Panama Canal) is small and flat and backed by 52 steep hills, which is where the working class people lived. The city used to have 26 funiculars but now only a few are working due to most of them being under repair. Colorful staircases, like the one in the featured image, are around every corner.  There is one bus, the O bus (called the ooooohhhh) bus because the ride to the top is like a roller coaster), and it is worth the 30 cents. Taxis and Uber are on call for rides up as well but these are not as much fun. 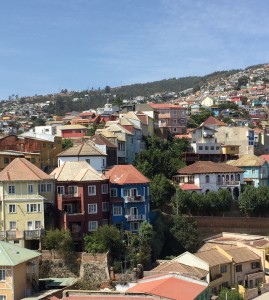 Many houses in this earthquake prone region are cantilevered. 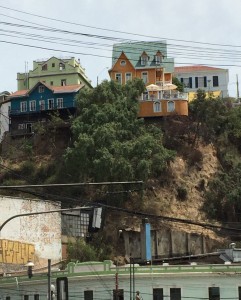 In 2007,  UNESCO named Valparaiso a World Heritage Site. For good reason. There is no place else like it on earth. The street art is extraordinary.  One surprise after another.  And it is not frightening  to get lost in the mostly unmarked hills because you can always see the Pacific and follow any street back down to sea level to get your bearings again. Some of my favorites these first three days  are two unusual window “treatments”: 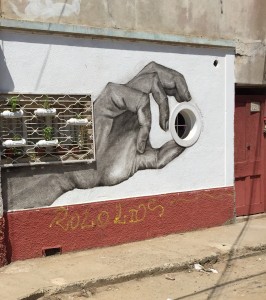 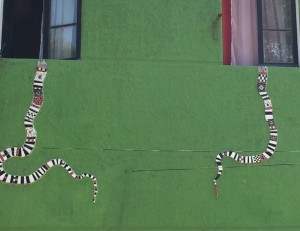 One characteristic feature of the city is the preponderance of street dogs.  They are docile and sweet. Tour guides ask that you do not pet or feed them or they will attach themselves to you and follow you around until you get in a taxi or bus. Would not call myself a dog person but I have to say, I have grown quite fond of them: 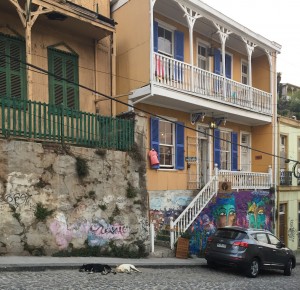 Any photograph I take that is not of wall art will have a dog in it. The picture below is of the sidewalk in Victoria Square. I had a hard time convincing myself that the sidewalk was not really uneven but this picture of the dogs sleeping indicates it is actually flat.

Love all the teeny tiny cafes up in the hills. This one has seating for eight people, four tables of two. 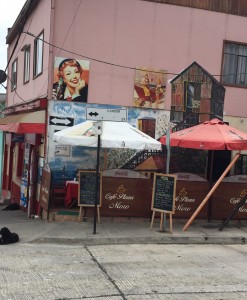 The seafood here is excellent, as well it should be.  Not too pricey, depending upon where you decide to have lunch or dinner. My lunch yesterday in one of the upscale squares cost $11, including tip. 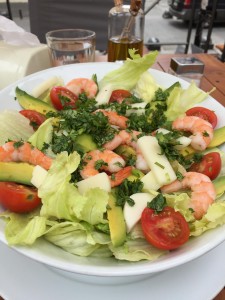 When my salad arrived, a street dog came over and plopped down next to my chair.  Guess he did not want me to dine by myself. 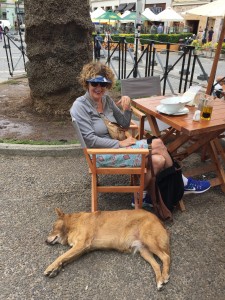