Fellow Residents of the Nomad .. 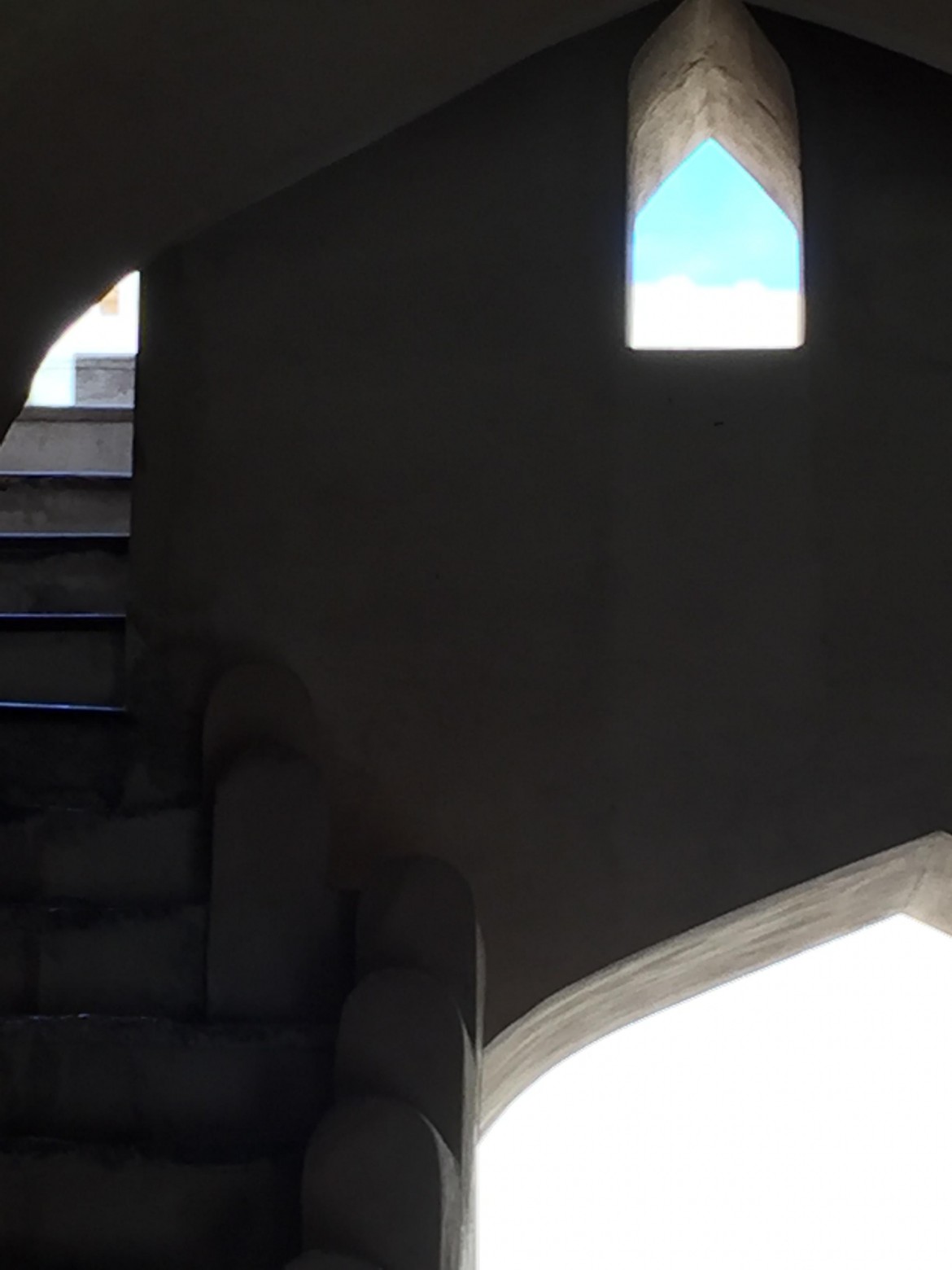 The featured image is a photograph taken inside an old fort in Nizwa, a sizeable oasis 100 miles southwest of Muscat, the capital.  Those readers who know me well will recognize that , yes, I now have another window photo to add to my collection of window photographs.

Driving outside the capital is unsettling. 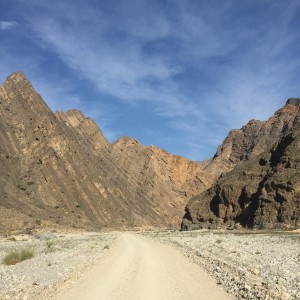 The Omani  Hajjar mountain range surrounding Muscat is harsh. Inhospitable. Threatening. Barren. Unstable. The mountains are 1,000 million years old yet fossils of marine life remain on the top. Where there are no mountains, the land is rubble. Chunks of rock are constantly breaking off, causing landslides. This drive off the beaten track was short lived, mercifully.  The Martian could have been filmed here (think it was shot in Jordon) but all the Middle East share a similar environment.  The word unstable keeps coming to my mind because ” instability in the Middle East” is a description we in the West use to describe the political situation here.  Growing up fearful of being crushed by an avalanche of stones and walking on rubble makes me wonder if this is not why the middle eastern languages sound like walking on gravel.

In contrast is the new development in Muscat over the last 30 years.  The Geand Mosque is joined in splendor by the Royal Opera House. Both structures bring to mind words like substantial. Refined.  Elegant. Opulent. Calming. Restorative.  Completed in 2011, the Opera House boasts Italian marble throughout and occupies acres of ground and lovingly tended lush gardens. Pictured below is the Sultan’s entrance.  The chandelier is an Imani craftsman product, otherwise all else is imported. 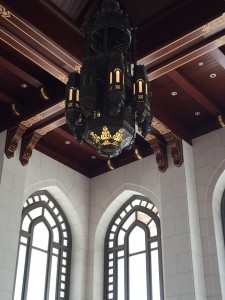 And here is a part of the royal opera house exterior: 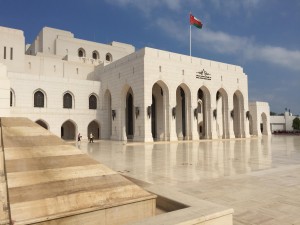