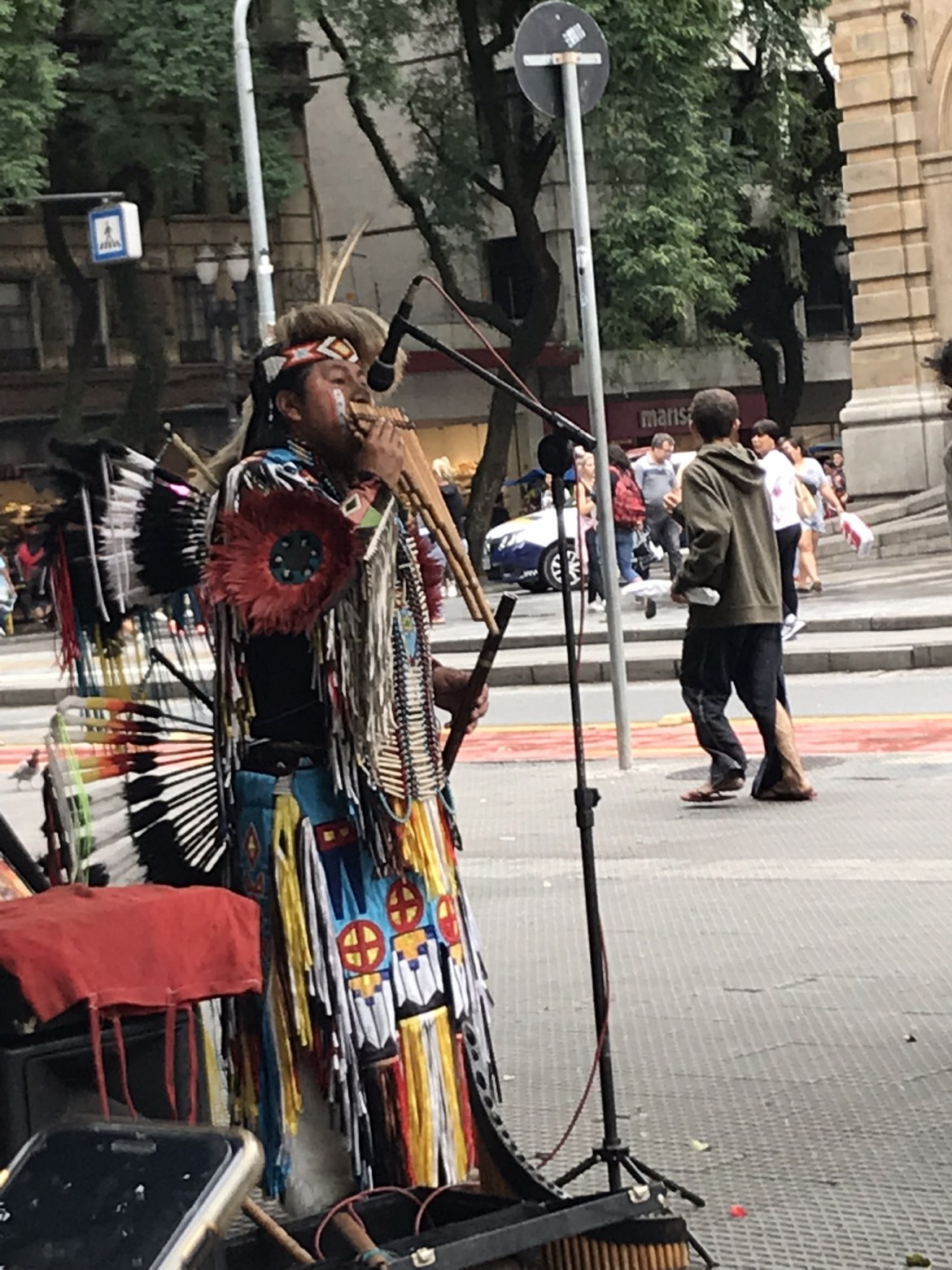 American music rules here in São Paulo- until it doesn’t.  Early this afternoon I went to a flea market close by my hotel and a loud speaker was blasting away the Kim Carnes classic, Bette Davis Eyes, followed by The Doors  hit, Love Me Two Times.  Everyone was happy and dancing around, helped somewhat  by a thick atmosphere of copious amounts of marijuana.  After ten minutes at the market I felt a bit euphoric myself.  Leaving the flea market alley, I wandered down a street I have not visited before and soon joined a crowd listening to the music of the man pictured in the featured image.  He and another man were a complete two person band.  I guessed from the sound that the music was of Bolivia, not Brazil. At a break, I walked up and asked, Bolivia?  He replied, Ecuador.  So you speak Spanish? Si.  At last, I was able to have a bit of a conversation. He told me he has lived in Brazil for 10 years but discovered Brazilians love the music of Ecuador. So he makes CDs of his music and sells the CDs on the streets of São Paulo on the weekends. I gave him $20 in Brazilian Reals.  Actually, Brazilians seem to love any music.  Walking back to the hotel, I crossed through the park where two bars had live music. Everyone was dancing the Samba.  Even the homeless people. What a happy culture it seems.  And, the restaurant where I have had dinner the last two nights offers jazz  every Tuesday at 9 pm.

Today it rained until 3 o’clock so I went to the Museum of Art of São Paulo in late morning and stayed over two hours. The permanent exhibit is  filled with precious art from 1500-early 1900s and is installed in a manner I have not seen before: 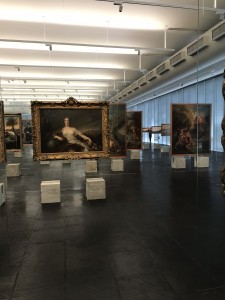 All the pieces appear to be suspended in the air. You can get within inches of a Van Gogh, Monet, etc. The brochure describes the museum as trying to get paintings off the wall to make them seem more alive and approachable.  One  of the temporary exhibits was titled, Histories of Sexuality, which sounds titilating but strangely was not. Part of this exhibit was a special collection of the work of Acervo Tunga, an artist whose works draw from “psychoanalysis, philosophy, chemistry, alchemy, as well as memory and fiction.” He writes fiction as well and the art in this current exhibit is based upon his story, Capillary Siamese Twins, a tale so dense I could not follow it.  Maybe the translation was lacking.  In any event, here is an example of his work: 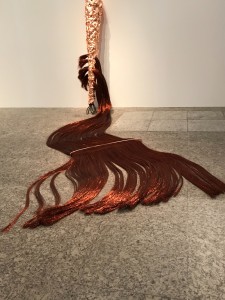 Somewhere in his story there is a reference to bludgeons and braids as symbolizing masculine and feminine.

Yesterday, I took in the other major art museum in São Paulo:Pinacoteca  which features Brazilian artists of the last 300 years.  What struck me the most was  how sad or depressed women looked in nearly all their paintings. Here is an example: 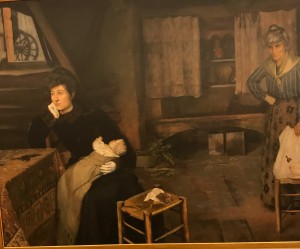 To close on a happier note, I have had a delightful time in São Paulo.  I love the coffee shop and the corner restaurant: 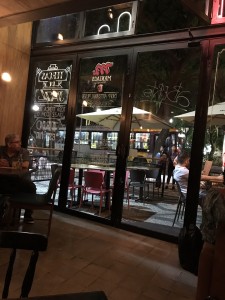 And the sparkling clean subways. This last photo was taken today, Saturday, at 10 am, so it is not yet crowded.  Weekdays it is packed! 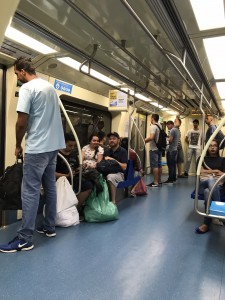