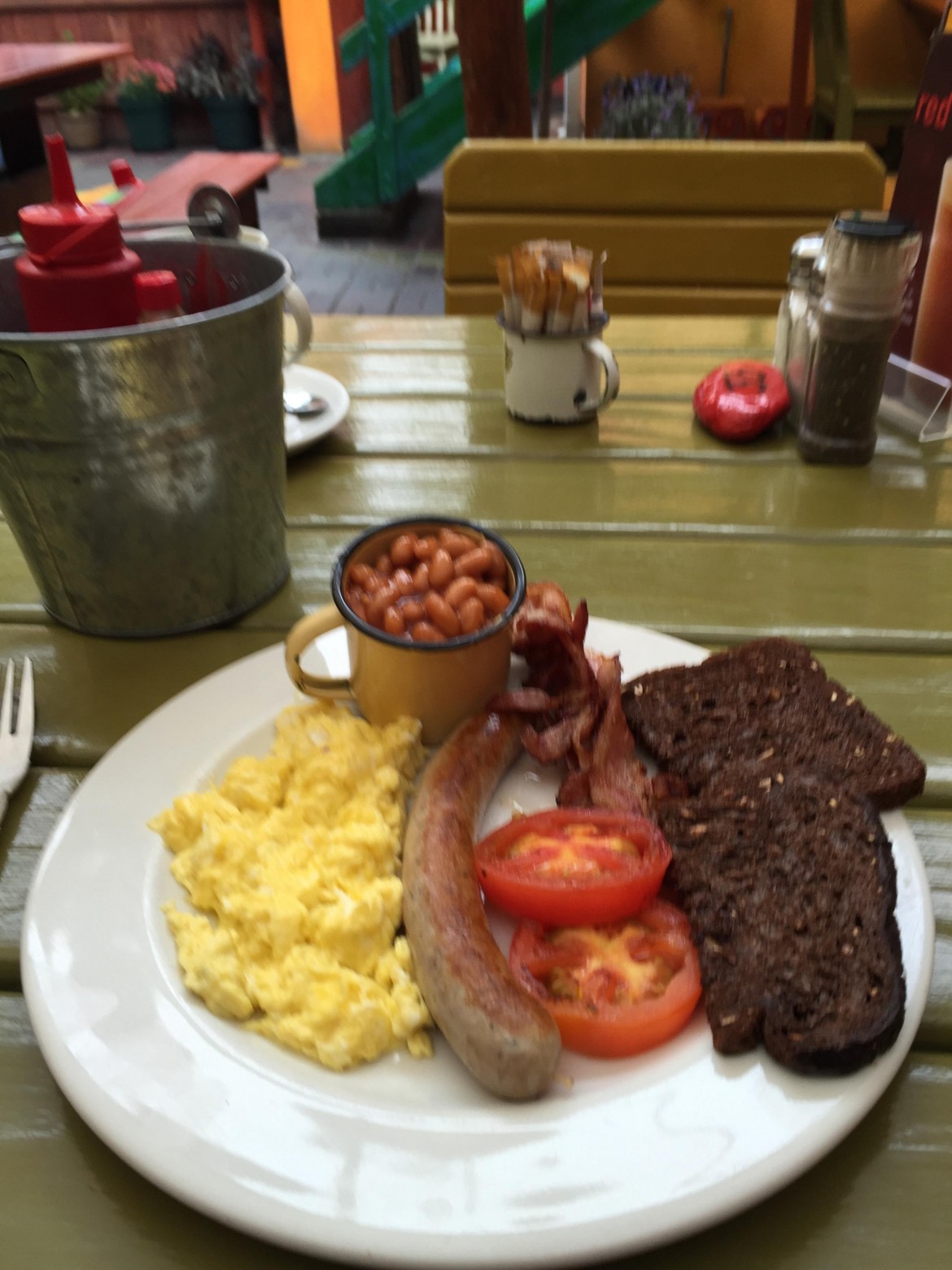 German food, mostly.  Lots of beer gardens and lots of sausage.  Above is a hearty breakfast I ordered my first morning in a coffee house in Swakopmund.  It was the least amount of food.

The brown bread cost extra, bringing the cost of breakfast, including coffee, up to $4.00.

A word about the coffee.  There is either espresso or latte or Nescafé instant.  Same is true in South Africa. 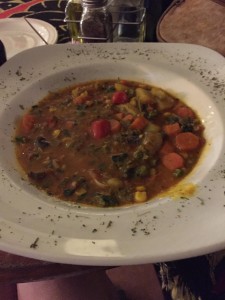 Most nights I ate at Guthmann’s which had German food, of course, but also other outstanding continental cuisine.

One of the highlights of dining in Windhoek was the Zoo cafe.  There is no zoo in Windhoek but the majority of restaurants close on Sunday so I asked a security guard where I should go for dinner.

Told him it was a toss up as to which was worse and he laughed. 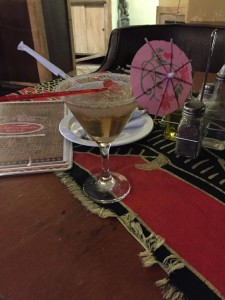