The World’s Most Remote Island.. 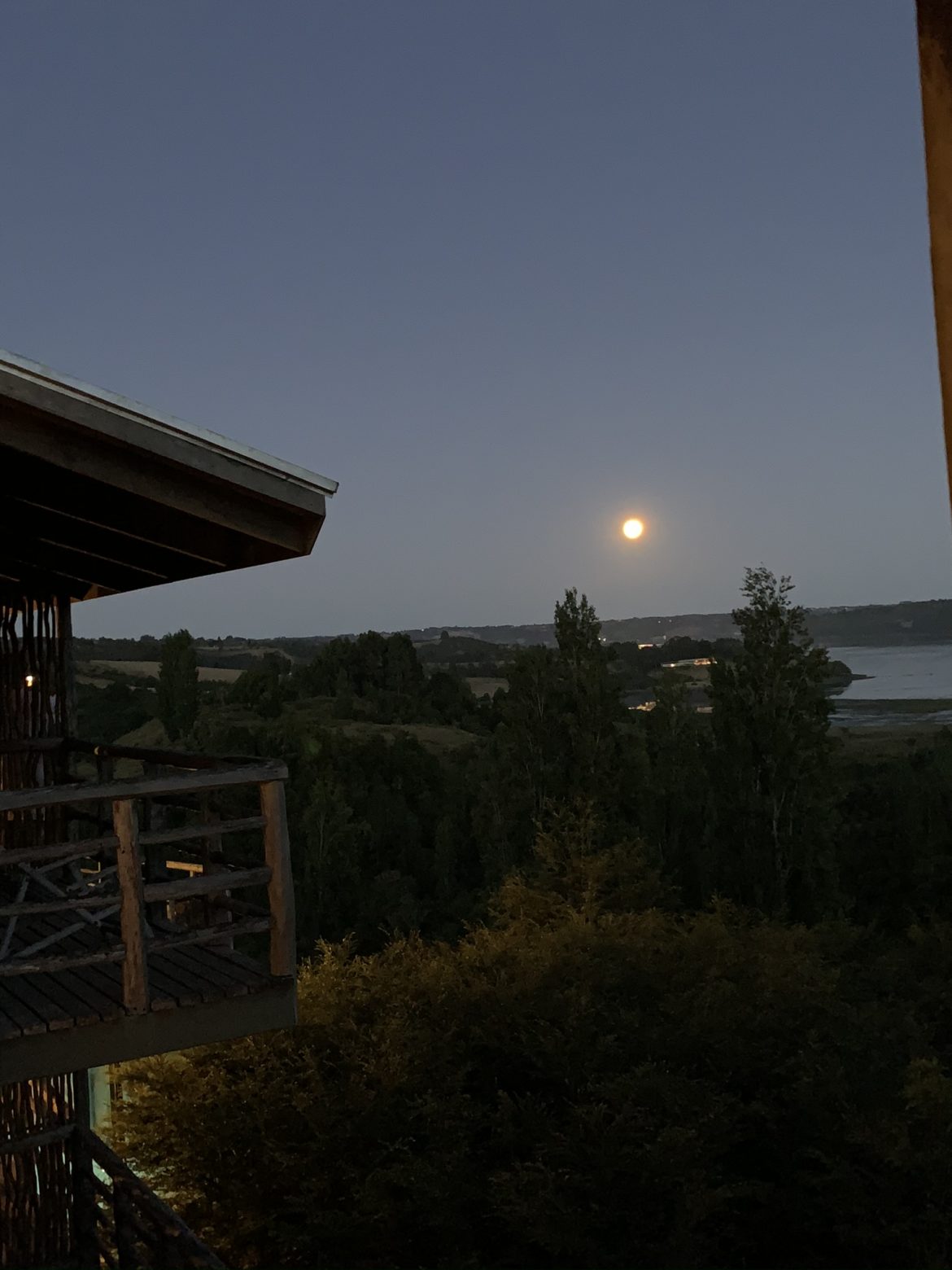 Seldom do I post anything about my accommodations but the eco lodge where I am staying in Chiloe deserves mention. The featured image is taken from my balcony at Hotel Quilquico Parque overlooking the Pacific Ocean. Chiloe Island is the beginning of the Lake District in southern Chile. It is best known for its wooden churches, a World Heritage site, built starting in 1567. Every town has a church and a cemetery, around which the town is built. They all have the same design; the difference between them is the size and the color of paint. The one below is a fairly large representation. 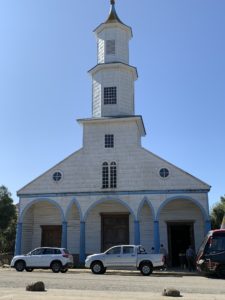 And this next one is sort of medium sized. 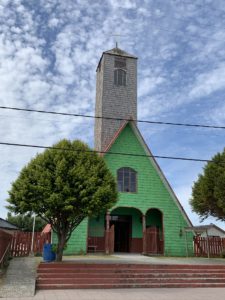 The interiors are quite impressive: 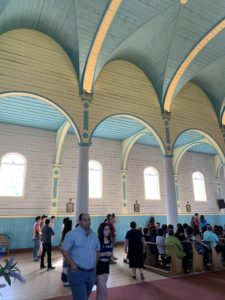 The industry of Chiloe is fishing. After three days, I have a good sense of the island and it’s many peninsulas. Although it is a rural area it is by no means poor. Everyone works in one way or another in fishing – hauling in the catch, which is pacific salmon, mussels and clams, getting these ready to export to China, Spain, Germany and the US, transporting the catch from its source to trucks and on to ferries, etc. The island is also known for its potatoes; there are 300 varieties. The purple potato is the most common. Here is how the potatoes are sold at the farmers market. 4.4 pounds for 1500 Chilean pesos is about $2.00. 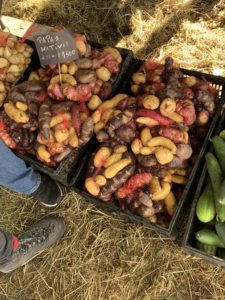 We got to the market too early for lunch so the vendors were just setting up but I had my eye on the roasted potatoes. The potatoes are mashed, dusted in flour, basted with cooking oil and grilled on a roller over a coal fire until there is a crust. I think it looks delicious. 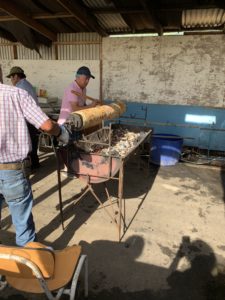