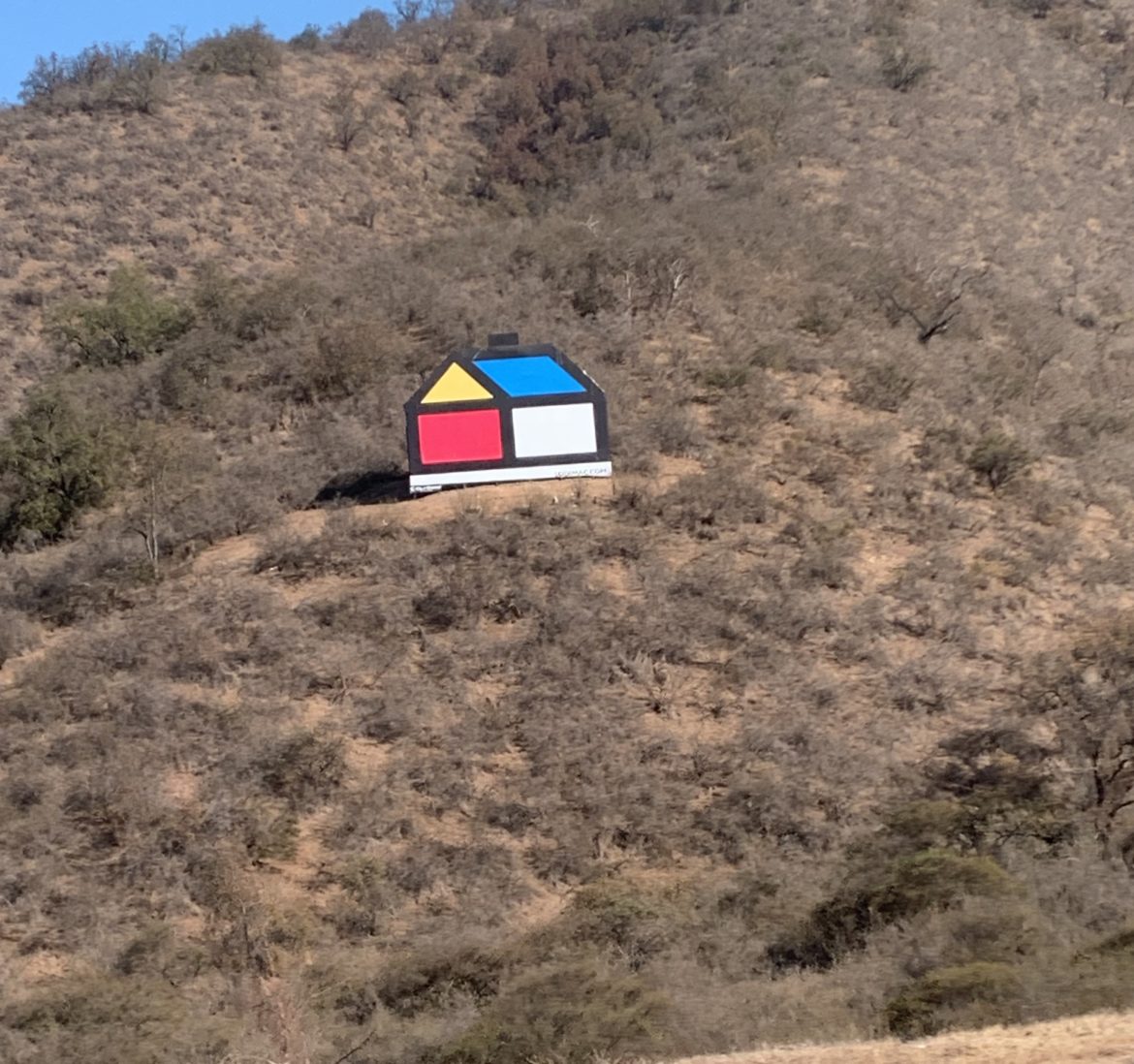 Roy Lichtenstein? No. Advertisement for the Valparaiso equivalent of Home Depot. This is a city of a million steps. I was here in 2017 and I fear I may not return because walking is treacherous. First, the sidewalks are uneven, second, the streets are at a 75 degree incline- at least, and third, dogs are everywhere and no one owns them or cleans up after them. A lot to watch out for when you would prefer to study the murals. I am standing at the closest bus stop looking up the hill at the climb the residents must make to and from their homes because most folks here do not have cars. 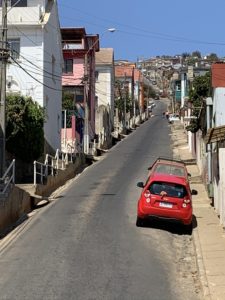 There is the occasional elevator which terrifies me just looking at it. 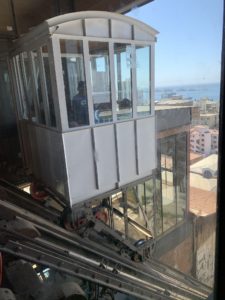 On the very bright side, one of poet Pablo Neruda’s houses is here. He had three of them in Chile and I have had the good fortune to visit all three of them. What a guy. Not only was he a brilliant writer, but his homes are works of art. Unfortunately, there is no photography allowed and staff are stationed everywhere to make sure no one snaps a pic. The best I could manage was a photo of the outside from the vantage point of a restaurant where I had lunch. 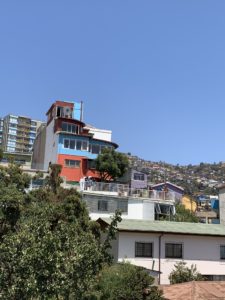 On my self guided tour this morning, I followed a graffiti line of ants that led to a candy store where candy is still being made the way it was in the 1950s. 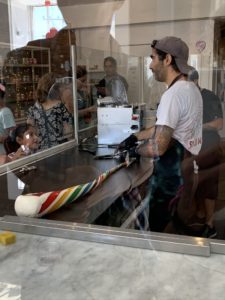 My hotel here is an old family home with 12 guest rooms. My room happens to have a large balcony with a view nearly as good as those from every room in Neruda’s house! 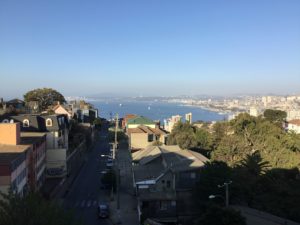