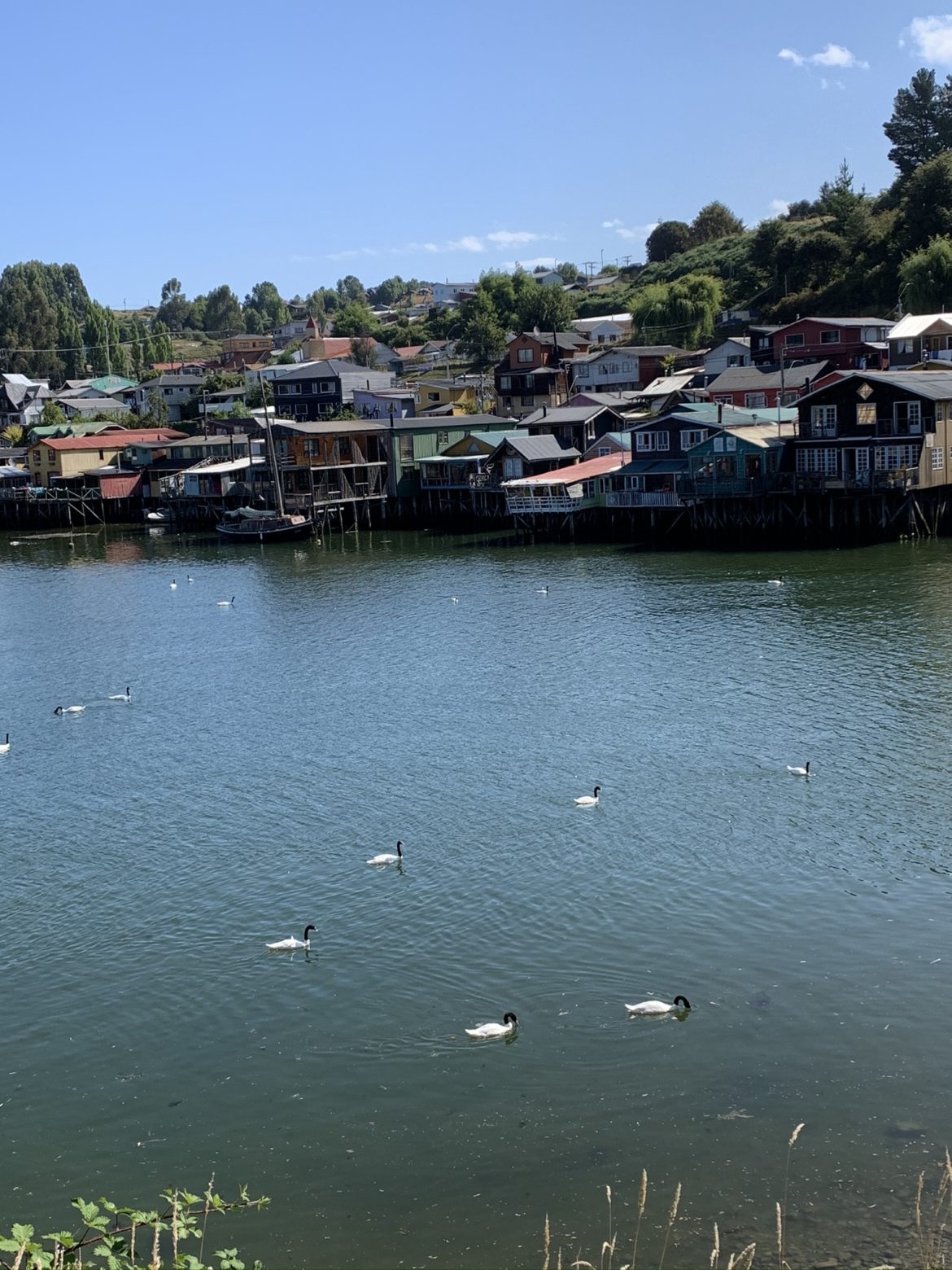 Houses on stilts in the US are generally built to protect from flooding. In Chiloe Island, houses on stilts were built so that the occupant could fish from the back of the house and farm in the front. These colorful “palafitos” in Castro, one of the two largest towns in Chiloe, are still going concerns. When the tide is out, the occupants collect shellfish. When the tide is in, they catch congrio, a rather tough white fish, and merluza, which is hake. And, of course, Pacific salmon. After two attempts, I decided I cannot eat Pacific salmon. It is a really red color so my eyes tell my stomach it won’t like it. The tide is in when I snapped this picture. The black necked swans swimming about are endemic to Chile.

A highlight of the trip was visiting The Accordion Museum in the town of Chonchi, which remains my favorite place on the island of Chiloe. While browsing the museum, an impromptu music group formed with an accordion players and two guitarists. The museum was pretty full by that time so people started dancing. 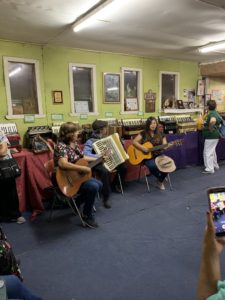 Chonchi also had my favorite church of all the 16 historical churches on the island. 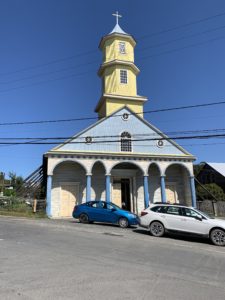 For four days, I had a guide and a driver. They were wonderful company. On the left is Ignacio, who is lives in Santiago and is studying eco-tourism. He had a field placement at the hotel where I was staying. On the right is Cecil, a native of Castro. Cecil speaks a patois of Chilean Spanish so I had great difficulty understanding him but we managed through gestures to joke around. 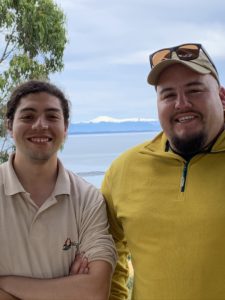 In the distance, you can see the mainland of Chile with the snow covered Andean mountain peaks. The weather was gorgeous. In the 70s and no rain. Twenty years ago it rained every day in Chiloe in summer. Now it seldom rains, which is worrying to the local people.

My last tour was to a bird sanctuary. I’ve not been birding before so it was quite instructive. From our viewing point you could not see any birds at all, but with telescopes, a new world unfolded. The sanctuary has both residential species and migratory and the different groups dwell in harmony. The migratory birds are en route from Alaska to Tierra del Fuego. Taking a photo through a telescope was not possible but the view of the riders on horseback is an indication of this vast, unpopulated place. 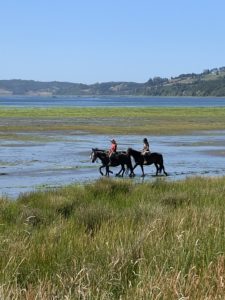 The construction of the bird sanctuary office is typical of the construction throughout Chiloe: wood, wood and more wood. Anything new constructed these days is concrete because wood is now the most expensive building material. 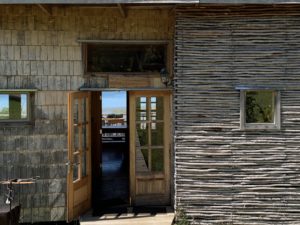